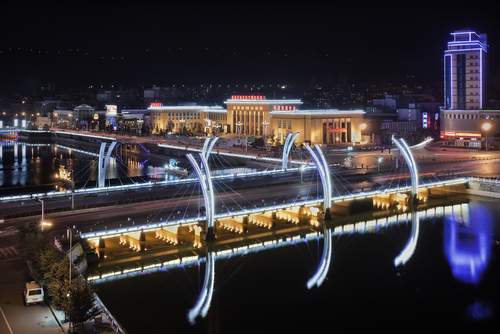 China’s National Development and Reform Commission recently revealed that the country’s State Council has approved the plan of having the city of Zhangjiakou in Hebei province serve as a demonstration site for renewable energy. Shi Dinghuan, former Counselor at the State Council and currently the chairman of the China Renewable Energy Society, recently told an audience of reporters that the approval from the State Council and the successful bid for the Olympic Games jointly by Beijing and Zhangjiakou will further drive the development of the renewable energy sector in Zhangjiakou.

Located in northern China, Zhangiakou is a particularly excellent choice for such an “experiment,” owing to the richness of both the wind and solar energy resources available there. The city has also been named one of China’s key ecological conservation areas and new energy bases under the country’s planning for the region that includes the province of Hebei and the self-governed municipalities of Beijing and Tianjin.

The plan is predicated on the expectation that the emerging industrial cluster represented by the renewable energy sector will become the region’s new pillar for economic growth. During the timeline stretching to 2030, Zhangjiakou will host projects across the emerging industries spectrum, including new energy, big data, new materials and new energy vehicles, with the anticipation of achieving an average annual growth rate of 15 percent in added value. By 2020, emerging industries are forecast to account for approximately 15 percent of the city’s total production value, then grow to 30 percent by 2030.