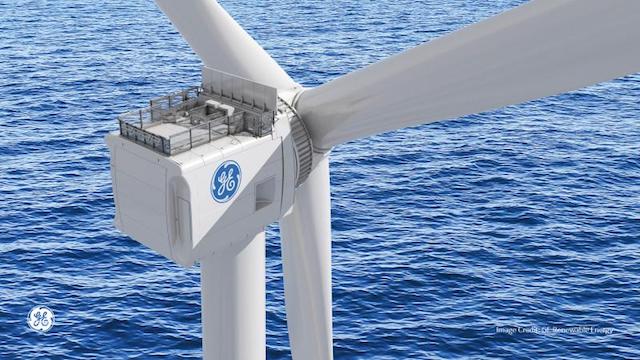 The turbine is designed to capture offshore wind and turn it into electricity, however, the Haliade-X 12 MW prototype will be installed onshore to facilitate access for testing. During the initial period of operations, it will allow GE to collect data needed to obtain a Type Certificate, a key step in commercializing the product in 2021, said the company.

The prototype is part of the $400 (€320) million investment in the Haliade-X development announced by GE last March. The company aims to help reduce offshore wind’s cost of energy in order to make it a more competitive source of clean, renewable energy.

Site preparation has begun in Rotterdam. The nacelle of the Haliade-X 12MW prototype will be assembled in Saint-Nazaire (France), while the three 107 meter-long LM Wind Power blades will be manufactured in Cherbourg (France), and the tower sections will be produced in Seville (Spain). All components will be shipped to Rotterdam, where pre-assembly work and installation will take place.

Alderman Bonte, responsible for Rotterdam’s Energy Transition, said “In our fight against climate change we need a massive expansion of the number of windfarms at sea. We are delighted that GE has selected the Port of Rotterdam as the test location for the Haliade-X 12 MW, which is the largest wind turbine in the world and can therefore help us accelerate the clean energy transition.”

John Lavelle, VP & CEO of Offshore Wind at GE Renewable Energy said “As we rapidly progress on assembling the Haliade-X prototype, this announcement is a critical step forward for GE and our customers. The port of Rotterdam has been a real partner and provides all the necessary conditions to test the Haliade-X in the most drastic weather conditions.”