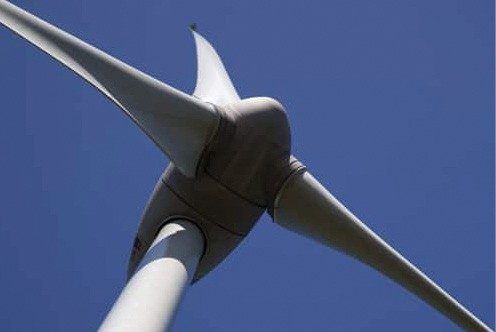 Each year, Navigant Research compiles and assesses the previous year’s wind installation activity, revealing a wide range of trends and insights on the wind energy market. This assessment provides visibility into changes in the annual rankings and market shares of all the major global wind turbine original equipment manufacturers (OEMs).

This cycle was especially noteworthy because 2017 was the first year that significant merger and acquisition (M&A) activity was fully reflected in the annual capacity installation data. This includes the annual capacity installation results of a major 2016 merger within the top global vendors — with Siemens’ and Gamesa’s wind divisions now a combined company. This merger followed a wave of M&A activity that began in 2015 with General Electric’s (GE) renewables and wind division’s acquisition of Alstom’s wind turbine assets and shortly thereafter Germany-based Nordex’s acquisition of Spain-based Acciona’s wind turbine division.

What was expected from a ranking and market share perspective in the 2017 data largely came to pass. The newly formed Siemens Gamesa overtook the position of the top annual installer of wind plant capacity with 8.7 GW, over Vestas with 8.6 GW.

The following figure provides an overview of the changes in rank between 2016 and 2017 among the top global vendors.

Siemens Gamesa and MHI Vestas in a League of Their Own

However, there is more nuance to this story. Siemens Gamesa includes its significant offshore wind capacity in its yearly capacity total, which amounted to 2,073 MW in 2017. Vestas’ offshore wind activities are part of MHI Vestas, an offshore-specific joint venture between Vestas and Mitsubishi. Because it is a separate business and legal entity from Vestas, Navigant Research did not add its offshore capacity to Vestas’ total for the year. Only 140 MW separated Siemens Gamesa from Vestas. If MHI Vestas’ offshore installations of 421 MW were counted in addition to Vestas’ onshore total — or even 50% of that (representing Vestas’ 50% ownership in MHI Vestas) — then Vestas would still reign first in total annual capacity for the year.

More relevant than splitting these minor annual differences is to acknowledge that these two companies are now peers. As global heavyweights in the sector, both are capable of installing an impressive amount of wind capacity at significantly higher levels and geographic diversity than most of their next competitors. Both have vast market distribution around the world, with industry-leading onshore and offshore wind turbines.

Despite Goldwind’s long-stated ambitions to be an international vendor, the company still installs a relatively small fraction of turbines outside of China. The trend in recent years toward the Chinese market favoring its domestic OEMs continues, with Chinese companies representing 95% of the total 19.5 GW installed in China in 2017.

Conversely, wind developers in international markets shying away from Chinese OEMs continues to be a trend. Some Chinese OEMs have success in international markets, like Goldwind and Envision. However, that has largely been enabled by the OEMs playing a development role, leaning on competitive project financing from Chinese state-owned banks that are interested in helping fund Chinese wind turbine exports.

Envision jumped one place to sixth in the annual rankings. Ming Yang — which installed only in China in 2017 — also moved up one rank to eighth. Envision will be one to watch in the energy storage space. It announced in mid-August that it plans to acquire a controlling stake in carmaker Nissan’s Automotive Energy Supply Corporation’s lithium ion battery company, which provides the batteries for Nissan’s popular LEAF electric vehicles. The OEM intends to use battery technology with wind turbines in select locations to smooth out generation and increase revenue potential.