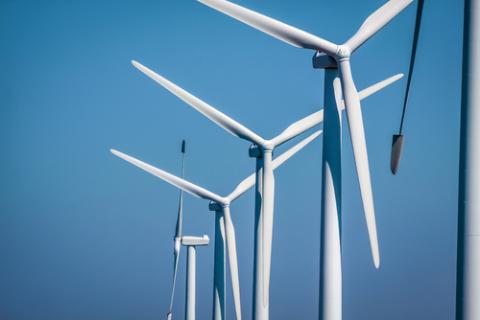 WASHINGTON, D.C. — The new era in Congress may mean trouble for some old tax breaks. The wind energy tax credit, championed by environmentalists, Democrats, a few Republicans and companies including General Electric Co. and Siemens AG, may be imperiled as its most important backers in Congress lose clout.

The industry’s tax break expired at the end of 2013, and lawmakers such as Senate Majority Leader Harry Reid and Finance Committee Chairman Ron Wyden will have less influence starting in January with Republicans in control of both chambers.

Some Republicans are eyeing the break as a potential target now, as a way to take a stand against President Barack Obama’s climate policies and a few tax breaks. They’ll get their first chance in the coming weeks as lawmakers negotiate the fate of dozens of expired tax provisions and try to reach a deal before this Congress adjourns in mid-December.

Now and perhaps again in January, the wind credit will be a test case for how targeted tax breaks — particularly those championed by Obama — will fare when Republicans run both chambers of Congress.

“Let’s just leave this one out,” Representative Mike Pompeo, a Kansas Republican, said in an interview about the wind energy credit. “It seems hard for me to imagine that Senator Reid would hold up an important package of tax provisions in order to do a small favor for some of his friends in the wind industry.”

The wind tax credit, which would cost $13.3 billion to extend through 2015, is one piece of a multifaceted negotiation over the breaks known as tax extenders in the post-election session of Congress.

Corporations including Wal-Mart Stores Inc., Citigroup Inc. and Intel Corp. have breaks at risk in a package of provisions that totals about $85 billion for two years. These include the ability for individuals to deduct state sales taxes and a provision that lets multinational finance companies defer taxes on income earned outside the U.S.

Lawmakers must decide whether to extend the breaks through 2015, following a bipartisan deal negotiated this year by the Senate Finance Committee. They also could extend them through 2014, so the breaks would expire within weeks of passage.

A shorter-term deal would force Republicans to act again next year — and give them a bigger say in shaping the package of tax provisions when they control both the Senate and House.

They have to decide whether to drop anything from the package, such as the wind credit, or whether to add items to make it more attractive.

House Republicans, whose attempt to revamp the tax code sputtered this year, are still trying to claim a partial victory by making some of the lapsed provisions permanent. That includes the research and development credit.

Removing tax breaks could disrupt the coalition that has assembled behind the package for years, in which lawmakers vote for tax provisions they might oppose individually so provisions they support can advance.

Making the package bigger carries risks, too. Adding the permanent research tax credit bill passed by the House — which costs $155.5 billion over 10 years — would almost triple the cost.

If “they try to load it up with a bunch of stuff, that’s going to be problematic for me,” Senator Orrin Hatch of Utah, the top Republican on the Senate Finance Committee, told reporters last week. “That was a hard-fought package. It went through smoothly. I helped do that, and I don’t think we’re going to want to take a lot of changes — unless they’re changes that I love.”

Failure to act would create a “wave of uncertainty” for the economy and cause delays in the tax-filing season, Wyden, an Oregon Democrat, told reporters.

“The Senate feels strongly about our package, but we know that we’re in a negotiation,” he said.

Wyden said he wanted to get a deal with the House that could then come up for a vote in both chambers.

The miscellaneous tax breaks are getting a closer look this year than they often do. The last three times they became law, they were attached to a larger must-pass bill — the financial system rescue in 2008 and extensions of individual income-tax rate cuts that were expiring at the end of 2010 and 2012.

That history means that House Republicans, who took over the majority in 2011, haven’t had a clear chance to make their mark on many of the breaks, including the wind credit.

House Ways and Means Committee Chairman Dave Camp of Michigan said the wind credit is “open for discussion.” He said he still hoped to get some breaks made permanent.

The wind production tax credit isn’t a purely partisan issue, and that fact may be what saves it.

Its most ardent Senate backer is the man who describes himself as its “father,” Senator Charles Grassley, an Iowa Republican who has proven adept at protecting the credit since 1993. He faces re-election in 2016.

The industry points to past drops in wind energy production of 76 percent to 92 percent when the credit has lapsed. Continuing the credit through 2015 would cost the government $13.3 billion in lost revenue over the next decade, according to the congressional Joint Committee on Taxation.

In past talks, industry advocates have remained open to a multiyear phase-out of the credit. For now, they’re pushing for an extension.

“Extending these common-sense, successful policies by the end of the year will avoid losing thousands of American jobs and billions in private investment in the U.S. economy,” David Ward, a spokesman for the American Wind Energy Association, said in an e-mailed statement.

The credit provides 2.3 cents per kilowatt-hour for 10 years or can be taken as an investment tax credit. Congress changed the credit in January 2013 so companies can qualify if they begin construction before the expiration, instead of needing to produce energy by the deadline.

The challenge for Grassley and the wind industry is the rise of Republicans opposed to incentives for renewable energy. They criticize the wind credit as part of Obama’s agenda to combat climate change and say it isn’t necessary any more.

“That industry can stand alone now,” said Don Nickles, a former Republican senator from Oklahoma whose energy tax lobbying clients include Koch and Exxon Mobil Corp. “If Congress wants to show hey, they’re interested in doing tax reform, then let’s stop this. This is one of the easier calls, in my opinion.”