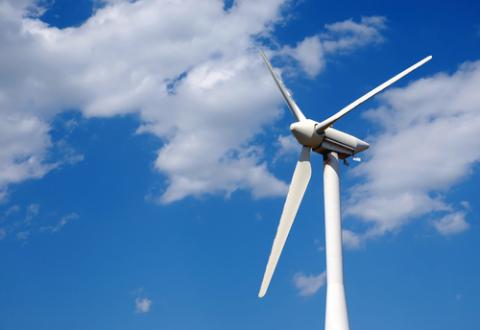 MUNICH — Insurance regulators in Europe won’t relax rules designed to protect customers from risks to investments in structures like wind parks and power grids, the head of the industry’s watchdog said.

Gabriel Bernardino’s comments will disappoint insurance companies, which say the rules will deprive them of a new area of investment that is helping them offset low returns on fixed income, the traditional repository for customer assets. European insurers manage about 8.4 trillion euros ($11.4 trillion).

“The problem with the calibration of the risks of infrastructure investments is that we don’t have enough robust data on it yet,” Bernardino, chairman of the European Insurance and Occupational Pensions Authority, or Eiopa, said in an interview on June 11 in Frankfurt. “Maybe we can revisit this once we have better data and more standardized instruments.”

Starting in 2016, the European Union plans to introduce risk-based capital requirements for insurers. Called Solvency II, the rules specify how much carriers like Allianz SE or Axa SA must hold to meet future obligations and to safeguard customers’ money.

Insurers say the proposed level for infrastructure and renewable energy is too high and would deter investment in a stable and more profitable alternative to fixed-income securities as a way to grow money. For investments in infrastructure projects and renewable energy, the capital charges would be about the same as those for private-equity and hedge-fund commitments, according to the industry.

The U.K.’s largest insurance companies pledged to invest 25 billion pounds ($42 billion) in infrastructure at the end of last year. Other insurers including Allianz and Axa also said they plan to increase bets on infrastructure debt.

“Clearly there is a number of countries where infrastructure is needed,” Bernardino said. “Certain types of these infrastructures are a good fit to the liabilities of insurers and pension funds as they are long-term and cash-flow certain, but there are also risks that are associated with them, such as political risks.”

Allianz got a taste of those risks in 2012 when the previous Norwegian government cut tariffs that its Gassled pipeline network charges to transport natural gas from North Sea platforms to processing plants in Norway and terminals around Europe. The German insurer is part of a group of international investors who are suing the government, saying the cuts will wipe out almost $7 billion in earnings over 20 years.

Allianz’s earnings on another infrastructure investment were hit after Chicago ordered its parking operator, in which the insurer is part of a group of investors, to remove meters from some street spaces, including those reserved for the disabled.

Eiopa is conducting stress tests on insurers in the European Union that include scenarios such as a prolonged low-yield environment and a sudden rise in interest rates. Bernardino said he doesn’t see the exercise as a “repair tool as it was the case on the banking side.”

“We use stress tests as a preventive tool to test the vulnerabilities that we identified in our financial stability report,” he said. “We want to have a better understanding of the timing issue to get more clarity on when certain scenarios will start to bite.”

Eiopa plans to disclose the results in November. National supervisors will collect the data next month.

The EU reached agreement in principle on the Solvency II package last year after 13 years of wrangling with the industry, politicians and national regulators. Details including precise capital charges are still being negotiated.

“It’s important for regulators and companies that by the latest at end of this year or early next year all documents will be available,” Bernardino said. “We will then work on approving insurers’ internal models. In practice, we should have everything in place around June next year.”