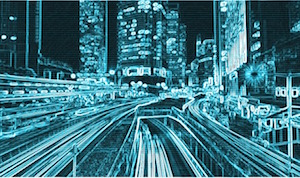 The fund led a $15 million financing round for Nozomi Networks Inc., according to a statement Wednesday. The Series B round brings the company’s total funding to date to $23.8 million and will help with a global expansion effort in a market expected to grow to $13.9 billion by 2022.

Threats to industrial operations have surged in recent years, with at least one per day somewhere in the world, according to Nozomi Chief Executive Officer Edgard Capdevielle. The San Francisco-based company’s software detects and blocks cyber attacks on systems that control operations at utilities, oil and natural gas producers and other manufacturers.

Invenergy Fund backs companies developing advanced energy technologies and selected Nozomi to support its “efforts to ensure that the future of energy is secure,” Michael Polsky, CEO of the Chicago-based wind developer and chair of the fund’s investment committee, said in the statement.

The vulnerability of critical infrastructure to hackers became clearer after a cyber attack on Iran’s nuclear program uncovered with the discovery of the Stuxnet computer worm in 2010. Since then, successful attacks on Ukraine’s power grid and the discovery of Triton, malware meant to disable control systems in an undisclosed industrial facility, have boosted demand for protective software.

A successful attack in the next three to five years “wouldn’t surprise me,”  Dan Scali, senior manager of industrial control systems at FireEye Inc., which helped investigate the Triton attack, said in an interview. “That’s a major policy question for us over the next decade: who’s responsible for defense.”

— With assistance by Brian Eckhouse