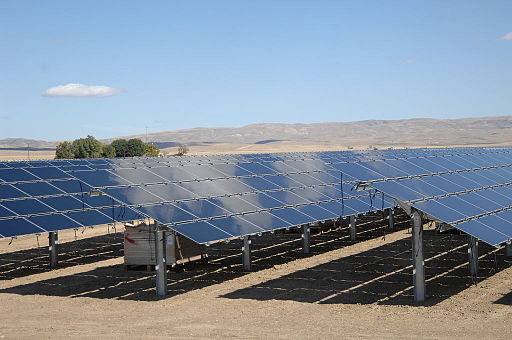 As Renewable Energy World has reported, the original intention of the law was to give the President the ability to threaten tariffs as a bargaining chip on the world stage.

Now, it appears that he may actually impose them.

Related: Why a Misuse of the Trade Expansion Act of 1962 Could Lead to Higher Costs for US Solar Projects

Jeff Spies, Senior Director of Policy at Quick Mount PV, which produces rooftop solar mounting and racking equipment made with steel and aluminum, has been part of the energy industry since the 1980s and explained that tariffs that have been imposed over the years have never resulted in the intended new U.S. manufacturing centers that they are supposed to spur.

“When I first got into the industry back in the 80s, I was coming into the bearing industry on the heels of a tariff being assessed on imported bearings and the end result after about three years was that most of the bearing manufacturing moved oversees,” he said.

The same was true for steel tariffs that were imposed in the early 2000s, said Spies: “The steel industry predominantly went overseas, regardless.”

Abigail Ross Hopper, President and CEO of the Solar Energy Industries Association (SEIA) said that she is concerned about how tariffs will add costs to large-scale solar projects.

“Against the backdrop of possible steel and aluminum tariffs, which add costs, particularly to large-scale solar projects, we are asking President Trump and Congress to reconsider support for tariffs and adopt pro-American policies that protect American jobs,” she said in a statement.

Referring to the solar tariffs that Trump imposed on solar cells and modules in January, Hopper said that projects have been canceled and solar jobs have already been lost due to them. Further, she said domestic solar module manufacturing has not increased.

“There has been very little interest in building substantial new solar manufacturing capacity as a result of solar tariffs,” said Hopper.

He added that if tariffs are implemented, they would run “counter to the Administration’s goal of U.S. energy dominance and harm the U.S. manufacturing workers supporting the wind industry’s rapid growth.”

Ryan Reid, President and CEO of TerraSmart, a company that produces ground mount racking, design, engineering and manufacturing solutions, said, “Now that the Trump Administration has ordered a 25 percent tariff on imported steel and a 10 percent tariff on aluminum, the availability of steel may become an issue due to larger demand shifting from foreign suppliers to United States based suppliers.”

Reid added that TerraSmart has always procured and manufactured U.S. based steel from United States suppliers and “this increase in demand from our suppliers from other customers will impact prices moving forward.”

Reid concluded by saying that in light of the new tariff ruling, “TerraSmart will actively work to secure the most cost-effective price points on steel as well as ensure the availability of steel for our 2018 solar projects.  We will continue to forge ahead in furthering America’s pursuit of a clean, renewable energy future as well as strive to keep American manufacturing and solar jobs in business.”