More
Home Solar Who Will Fight the Repeal of the Clean Power Plan? 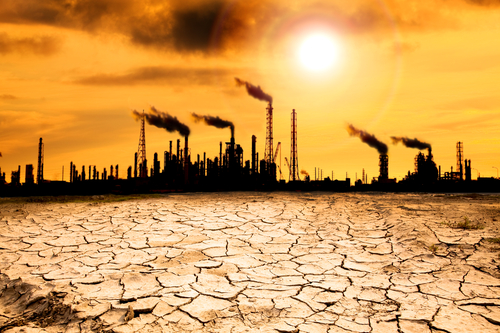 As word spread yesterday that U.S. Environmental Protection Agency (EPA) Administrator Scott Pruitt will officially begin the process of repealing the Clean Power Plan, others vowed to fight back.

The New York Times reported that Scott Pruitt told attendees at an event in Kentucky that he will sign a proposed rule today to “roll back the Clean Power Plan.”

New York Attorney General Eric Schneiderman in a statement yesterday said that he will sue the EPA to stop the repeal.

“By seeking to repeal the Clean Power Plan — especially without any credible commitment to replacing it — the Trump Administration’s campaign of climate change denial continues, once again putting industry special interests ahead of New Yorkers’ and all Americans’ safety, health, and the environment,” he said.

Schneiderman is part of a coalition of states and localities defending the Clean Power Plan in federal court. The Clean Power Plan is the first federal program designed to reduce carbon pollution from standing emitters, such as power plants. The U.S. Supreme Court in February 2016 put the plan on hold pending the outcome of legal challenges against the plan.

“Fuel-burning power plants are one of our nation’s largest sources of climate change pollution, and common-sense science —  and the law — dictate that EPA take action to cut these emissions,” Schneiderman said. “The Trump Administration’s persistent and indefensible denial of climate change — and their continued assault on actions essential to stemming its increasing devastation — is reprehensible, and I will use every available legal tool to fight their dangerous agenda.”

The Conservation Law Foundation (CLF) also has said it will continue its ongoing efforts to defend the Clean Power Plan. CLF’s Clean Energy and Climate program director, Greg Cunningham, said in a statement that this latest move “is another shot across the bow in the Trump Administration’s crusade to unravel President Obama’s environmental legacy.”

“For an administration where ‘clean’ is a dirty word, repealing this critical plan is as unsurprising as it is outrageous,” he said. “Once again, this president is on the wrong side of history.”

Pruitt also took the opportunity in Kentucky yesterday to attack federal wind and solar tax credits. The Hill reported that he said he would do away with those incentives because the credits “stand in the way of utility companies making the best decisions about power generation.”

In response, Jodie Van Horn, director of Sierra Club’s Ready for 100 Campaign, said in a statement that Pruitt is “once again trying to stack the deck to prop up his dirty fossil fuel accomplices.”

“For nine months, he’s been rigging the system to help corporate polluters and this proposal is more of the same,” Van Horn said. “Despite what Scott Pruitt or anyone in this administration may do to try to slow the growth of wind and solar, clean energy continues to flourish across the country. Nearly 50 U.S. cities have now committed to be powered entirely with clean energy as more and more communities see the tangible, local benefits of clean and renewable sources of energy.”

Van Horn also noted that the decision to end tax credits lies with Congress, not the EPA.