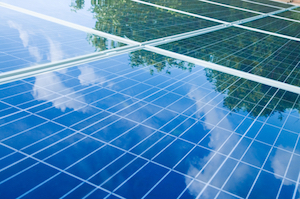 By nearly any measure, these are boom times for the U.S. solar industry. One of the country’s fastest growing high-tech industries, solar created 51,000 new jobs in 2016, or roughly one in every 50 U.S. jobs created last year. Solar’s contribution to the U.S. energy portfolio has ramped up accordingly, representing the top source of new U.S. electricity generation in 2016. The industry now employs 260,000 Americans, including 38,000 workers who manufacture racking systems, inverters, trackers, mounting products and more.

Why are participants in this $23 billion industry bracing themselves at this very moment for the possibility of an industry contraction? Their concern does not stem from a competing energy source or a promising new technology on the horizon. The threat to solar’s continued growth comes from within the industry itself, as two failed U.S. solar companies push the government to punish the rest of the industry for their own failures.

Seeking to take advantage of U.S. trade law and appeal to a president that has publicly expressed ambivalence about international trade, these two small cell and module manufacturers have filed a petition with the U.S. government requesting that a combination of duties and inflated floor prices be placed on imports of cells and modules, the basic ingredients of solar panels. Filed under a seldom used provision of U.S. trade law, the tariffs and price floors sought under the Section 201 trade petition would apply to imported product from anywhere in the world.

Suniva and SolarWorld, the two petitioners, have indeed experienced tough times. The companies have reportedly been plagued by a history of mismanagement, technical failures, late shipments and unreliability that left them unable to seize the multiple opportunities popping up in the industry. They failed to offer adequate quality products to developers in the booming utility-scale segment, and fell short on qualifying their products with major rooftop purchasers on the retail side.

None of this should be blamed on foreign producers. Imports have unquestionably risen over the past few years as U.S. solar significantly expanded, but the vast majority of those imports went to meet growing demand on the utility-scale market while Suniva and SolarWorld remained focused on the residential and commercial markets. Meanwhile, concentrated solar photovoltaic product supplying the utility side saw market prices fall as the industry competed with other energy sources on the grid, such as natural gas and wind.

If the U.S. government agrees to the terms sought by Suniva and SolarWorld, the negative consequences for the broader industry would be unequivocal. Rising solar costs would slash demand as project costs for rooftop and utility-scale alike suddenly spike, diminishing solar’s competitiveness with those other energy sources. The industry’s long-sought goal to reach “grid parity”—the point of cost competitiveness with other power sources—would quickly fade away.

What are Suniva and SolarWorld seeking, given that their trade case threatens to bring the entire U.S. solar industry down around it? Suniva, which is over $100 million in debt, is majority-owned by a Chinese company that does not support its trade petition. The company’s major creditor—a London-based investment firm—has bankrolled the petition in hopes of recovering millions of dollars owed for manufacturing equipment. For its part, SolarWorld, owned by an insolvent German parent company and backed by a Qatari government-run fund, has filed numerous trade cases seeking safeguards from imports in the past.

History offers a good lesson in the downsides of doing business by trade remedy. In 2002, the last time a Section 201 case was approved, the impact of tariffs imposed on steel imports was arguably felt most acutely not by foreign companies, but by downstream U.S. manufacturers that use steel to make finished products. Hiking the price of that essential input above its global market price merely threw thousands of manufacturing companies into turmoil until the tariffs were rescinded months later. One study showed 200,000 tariff-related job losses.

Once again, downstream companies—and the hundreds of thousands of workers they employ—stand to take the hit should this petition go forward. The prospects of so many who have glimpsed a future in this booming high-tech industry are now jeopardized by Suniva and SolarWorld’s bid to escape past mistakes. Let’s hope the government chooses wisely and allows America’s booming solar industry to continue forward.

Click here to register for the webcast: What Now? How You Should Be Positioning Your Business in Light of the ITC Ruling