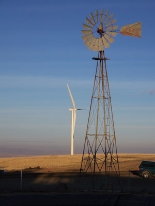 Utilities in the US Northwest and California are scrambling to meet requirements set out in state Renewable Portfolio Standard (RPS) legislation in the face of rising prices and shrinking availability of wind turbines. Lisa Cohn reports.

For those US states that have introduced a Renewable Portfolio Standard (RPS), utilities operating in the region are obligated to purchase a certain proportion of their supply requirements from renewable resources. In California, Oregon and Washington, which boast some of the most aggressive RPS legislation, the price of wind-generated power has increased dramatically in recent years, leaving utilities on the lookout for good deals on wind power. While this suggests that RPS legislation is effective in fostering a demand for clean energy among utility supply companies, it is also raising questions about how and when utilities, especially those located in the north-west, will meet their long-term RPS goals.

‘It’s not like there are many alternatives to choose from in the north-west. Most choices are fairly limited in quantity,’ says Jeff King, an analyst with the Northwest Power and Conservation Council, of Portland, Oregon. ‘There’s some landfill gas. And when you stack up the costs of geothermal against wind power, that looks attractive – but there are very limited opportunities. Almost of necessity, if a north-west utility needs renewable energy, most of it will end up being wind.’

In the north-west and California, shortages of appropriate wind sites, competition for these sites and a lack of transmission capacity are all putting upward pressure on prices. What’s more, California has set a fairly high price for what it will allow utilities to collect from ratepayers for renewable resources under its ‘market price referent.’

‘It doesn’t matter what it costs to build,’ says Mark Tallman, vice president of renewable resource acquisition for PacifiCorp, also based in Portland. ‘It’s what people ask when they want to sell the output. California has set a market price referent (MPR) close to $100/MWh. Given that they’re allowed to spend that much, the price might go that high,’ adds Tallman.

In addition, global issues are at play, with the weak value of the dollar, worldwide shortages of turbines and the increased cost of manufacturing the components needed to get projects up and running, all affecting prices.

‘The real shortage is the supply of wind turbines. It’s not the wind energy. It’s not the projects. Demand outstripping supply is a worldwide phenomenon,’ says Stuart Hemphill, director of renewable and alternative power for Southern California Edison (SCE).

With the cost of meeting RPS guidelines rising, utilities are finding they need to be creative – for example by looking at alternatives to agricultural sites. PacifiCorp, for instance, has developed a wind farm on the property of a former coal plant in Wyoming that happens to have a favourable wind regime. This saves the company both from paying farmers for land lease and searching for appropriate sites. It also means the company doesn’t have to spend as much time at federal Bureau of Land Management (BLM) offices to search for and utilize sites on federal land, where the best sites are often found.

Capacity factors at some of the Wyoming sites are as high as 40%, which is generally 5%–10% higher than capacity factors in Oregon and Washington, Tallman says, and PacifiCorp is building the Glenrock wind and Rolling Hills wind projects in Glenrock, Wyoming, this year. ‘I’m told by developers often that all of the good sites are gone. I have heard it from enough developers that I believe it. I assume there are lots of people camping outside the federal Bureau of Land Management – the way they do for an American Idol concert,’ jokes Hemphill.

Utilities are not only scrambling for affordable wind power to meet RPS requirements, but dealing with fluctuating prices. The city of Portland, known for its green ethic, has seen prices jump up and down while it has searched for wind power to help supply municipal needs. ‘Our goal is to acquire a large-scale renewable resource. We’re moving slowly because the marketplace is very, very volatile right now,’ says Dave Tooze, senior energy specialist for the city.

According to King, delivered prices for wind power last year ranged from $85–$100/MWh. ‘The big escalation started in mid- to late 2004. We last did a fairly detailed assessment in mid-2006. We have seen continued price rises through 2007. At some point, prices will level off,’ he says. Portland General Electric (PGE) has experienced those price changes, for all resources, says Steve Corson, company spokesman. PGE’s draft integrated resource plan (IRP) – which compares the cost of various resource options – says the levelized cost of wind power was expected to be $55–70/MWh in 2006. But the company has since changed its projections. ‘These were our estimates at the time for new wind resources,’ he says, adding: ‘Since that time, new generation costs for wind and thermal power have increased rapidly. We do not expect the wind costs portrayed in our IRP to hold when we get Request for Proposal bids. But this is equally true for the thermal alternatives, which are seeing similar cost increases because the underlying costs (such as steel and labour) are common to both kinds of generation.’

The city of Portland has also been surprised by price volatility. In its quest to acquire a large-scale renewable resource to meet some of the city’s own needs, Portland first looked at the open market. It began negotiating with PPM Energy for wind power. The arrangement would have involved no upfront investments, but would have added an additional $2–3 million to the city’s $12.3 million electricity bill. The city decided against the contract because of the price, explains Shannon Callahan, an aide in the city commissioners’ office. However, the city still wants to acquire renewable power, says Tooze.

California’s RPS established a MPR that applies to all renewable technologies – not just wind – and which is essentially the price below which utilities will likely be able to gain recovery from ratepayers. The MPR varies depending on the year the project comes on line and the project length, says Amy Morgan, a spokeswoman for the California Energy Commission. In 2007, the MPR ranged from $92–111/MWh, she says.

Under Oregon’s RPS, large utilities must acquire 15% of their resources from renewable energy by 2015 and 25% by 2025. ‘Prudently incurred’ purchases for the RPS can be recovered in rates, says a summary from the Oregon Department of Energy. Meanwhile, Washington State’s RPS calls for utilities to acquire 15% of their electricity from renewable energy by 2020.

Such ambitious goals have significantly increased the demand for all renewable resources in the north-west and California, but these regions must compete with other areas of the US that may boast better resources. ‘There’s lots of demand in California and the north-west due to the RPS. To meet that demand, we need to deal with worldwide economics,’ says Hemphill.

‘Developers are seeing wind opportunities in Texas and the mid-west. That will impact their decisions about whether to put turbines in the west or the north-west, given that there’s a limited supply of turbines. Developers have to do what they can to determine where to place turbines,’ Hemphill says.

The limited supply of turbines is due to worldwide demand for them, notes Tallman, saying: ‘The Pacific north-west is competing not only nationally, but internationally for the supply of wind turbines. There appears to be pretty strong demand for wind turbines, primarily in Europe.’ In addition, demand is growing in China, he says.

However, many in the industry expect that more companies will now enter the US market, relieving the shortages of turbines, says Jennifer Zerwer, spokeswoman for Pacific Gas & Electric Co. (PG&E). ‘Shortages would probably be an even bigger issue if not for the fact that lack of transmission infrastructure expansion and uncertainty in regards to the Production Tax Credit has moderated industry demand for turbines,’ she says. Some see progress already in manufacturing. PacifiCorp recently bought turbines from REpower, a company based in Germany, and which has opened offices in Portland, says Tallman.

‘What we have seen is construction costs that have been increasing since the hurricanes took place,’ says Tallman. ‘What’s more, only a finite number of construction companies build wind projects and many of them are also serving the oil and gas markets. So it’s not always easy finding a construction company’, he adds.

In addition, transmission constraints continue to plague the wind industry, says Hemphill. ‘We have contracts in place, but transmission is a major limitation. It’s not about if we’ll get new wind projects; it’s about when,’ he says.

For SCE, which purchases more renewable energy than any other utility in the country, the key to getting projects on-line is finding transmission, says Hemphill.

The California Public Utilities Commission in March 2007 approved SCE’s application to build segments two and three of the Tehachapi Renewable Transmission Project. When completed, the project will include a series of new and upgraded high-voltage transmission lines that could deliver up to 4500 MW of electricity from wind farms and other generating units proposed for northern Los Angeles and eastern Kern counties, according to a SCE press release. SCE has proposed building the project in 11 segments to coincide with the development of independently owned wind farms.

‘We’re trying to tap into 4500 MW of wind potential in the Tehachapi region,’ says Hemphill, adding: ‘We signed a 1500 MW wind contract with Alta Windpower dependent on transmission taking place. That’s the largest wind power contract in the world.’

‘When you look at shortages, I look at my 1500 MW contract, and say it’s all about transmission,’ Hemphill says. He notes that the California RPS law allows utilities to delay meeting their RPS goals if they can’t find transmission.

Oregon’s RPS law also includes some conditions under which utilities can forego meeting the standards. The Renewable Energy Standard includes a cost cap ensuring that rates will not be more than 4% higher as a result of developing renewable resources than they would have been using new conventional resources, says PGE’s Corson.

‘We will be required to submit plans to the Oregon Public Utility Commission to describe how we will meet the Renewable Energy Standard,’ he says, adding: ‘If analysis shows that meeting the RES will require rates more than 4% higher than would have been the case, then we can back off until we can find another way to meet the standard.’

However, he notes, ‘If subsequent experience shows that our analysis was wrong we may be subject to penalties and required to purchase Renewable Energy Credits to meet the standard.’

Given the challenges of acquiring renewable resources, the utilities are expected to meet their short-term RPS requirements, but may struggle to meet the long-term goals, says King. ‘It looks to me it won’t be too difficult to meet the early year targets. We are practically there in Oregon, Washington and Montana,’ he says.

However, King adds, ‘The later year targets become fairly challenging unless we have a significant expansion of transmission capability. At the council, we need to get a better handle on the cost impacts of doing that.’

While the industry is getting a handle on the costs associated with acquiring renewable energy, it’s important to remember that the costs of traditional resources are increasing along with the price of renewable technologies, says Rachel Shimshak, executive director of the Renewable Northwest Project, a Portland-based organization that promotes the development of renewable resources. ‘Some of the same things that are constant between technologies – all of the sticks and bricks that it takes to build any kind of energy facility – are going up in price together,’ she says, concluding: ‘But the other technologies that are increasing in price don’t have the benefits of renewable energy.’