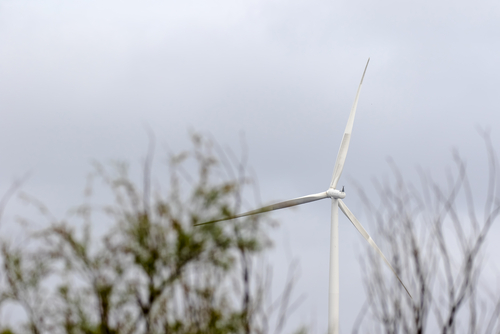 Western in an Aug. 26 record of decision (ROD) adopted a standardized process for collecting information and evaluating and reviewing the environmental effects of wind energy interconnection requests in the U.S. Upper Great Plains region.

As joint lead agencies, Western and the U.S. Fish and Wildlife Service (USFWS) on May 1 released a final programmatic environmental impact statement (PEIS) for wind energy in the Upper Great Plains. The PEIS was created in response to an increase in wind energy development and interconnection requests, according to the ROD.

The PEIS is “basically another tool in the toolbox,” the spokesperson said, adding that any wind farm that is applying for interconnect in Iowa, Minnesota, Montana, Nebraska, North Dakota and South Dakota, and wants to leverage the PEIS, has that as an option.

“They can choose to use the PEIS, which means that they can tier off of it, using the analysis and the mitigation that have already been developed for the local area, or if they want to go forward with the standard approach of using a regular EIS and creating it from scratch, they can do that,” she said.

The USFWS will issue a separate ROD at a later, unspecified date.

Western said it will use the program defined in the selected alternative for all applicable future wind energy project interconnection requests in the region.

“Environmental impacts universal to all wind projects in our region have now been identified, analyzed and mitigated to the extent possible in the [PEIS],” Bob Harris, Western’s senior vice president and Upper Great Plains regional manager, said in an Aug. 26 statement. “As long as identified mitigation measures are adopted by project proponents, we can focus time on addressing site-specific issues related to an individual proposed project.”

According to the ROD, the primary objective of Alternative 1 was to collect relevant natural resources information; evaluate the typical impacts of wind energy projects and associated facilities on those resources; identify effective best management practices, minimization measures, and mitigation measures that could reduce impacts; provide information about areas that would be more sensitive to development impacts and encourage avoidance of siting projects in these areas; and have all the material available to support site-specific tiered environmental reviews.