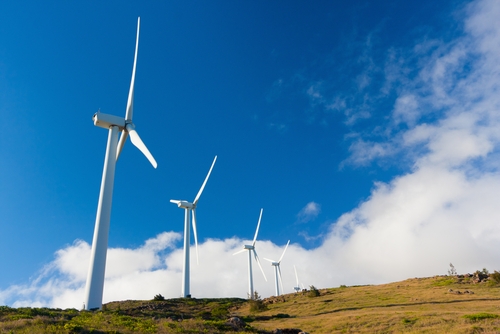 LONDON — A unit of Welspun Group, India’s largest solar photovoltaic company, will secure funding toward its $1.1 billion wind project later this year as the country seeks to double its clean energy capacity by 2017.

Welspun Energy Ltd. will likely fund the project in the southern state of Karnataka with 75 percent of debt and 25 percent of equity, Managing Director Vineet Mittal said this week in an interview in London.

Welspun this week signed agreements with the government of Karnataka for two wind farms that will have capacity of 100 megawatts and 750 megawatts respectively.

“Energy demand and job creation are driving states to sign agreements for large renewable projects,” Mittal said. The company has tendered for the turbines on the project and expects to announce a supplier in the coming months, he said.

The wind projects will be developed in phases with work starting at one site in the next six to 12 months, Mittal said. Foreign lenders as well as Indian banks may be tapped for loans, he said.

India outpaced the rest of the world in investment in clean energy in 2011 due to the improving cost competitiveness of wind and solar projects, according to Bloomberg New Energy Finance.

“The costs of renewable–energy projects are coming closer to grid parity,” Mittal said. “In some states, wind is cheaper than grid parity and solar will reach parity in the next three to five years,” Mittal said, referring to the point at which power generation from renewables costs the same or less than purchases from the transmission network.

“The cake is big enough,” Mittal said, given India’s target to double its clean power capacity to almost 53,000 megawatts by 2017.

Welspun’s goal is to build 1.7 gigawatts of solar and wind parks, or enough to supply power for as many as 9 million Indian homes.

The developer will acquire so-called renewable energy certificates for Karnataka, Mittal said. They require electricity suppliers to get a portion of their power cleanly either by producing it themselves or buying certificates from others.

Mittal also wants to get a further subsidy called the “generation-based incentive” which is likely to be restored by the government after expiring in March, he said.