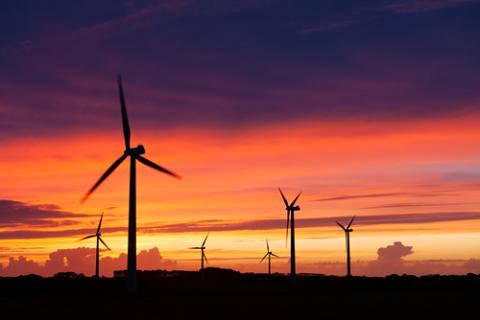 Anders Runevad, from Ericsson AB, will take over on Sept. 1 from Ditlev Engel, who has been at Vestas since 2005, the turbine maker said. Its two-year turnaround program “continues according to plan” even as second-quarter margins narrowed. Vestas rose the most in three months in Copenhagen trading.

“It is now the appropriate time to make this change,” Chairman Bert Nordberg said today in a statement. “The company is now entering a new phase where we want to realize our growth potential. The restructuring program has resulted in a more competitive company.” Nordberg, who took up his post last year, was previously an employee of Ericsson’s former Sony Ericsson venture, where Runevad worked from 2006 through 2010.

Vestas, after eight quarters of losses, has just over four months to complete its program seeking to lower fixed costs by 400 million euros ($535 million), including a 30 percent cut in its staff to 16,000. The company lost 62 million euros in the second quarter, compared with the average estimate for a 9 million-euro loss among six analysts surveyed by Bloomberg.

It reported an 8 million-euro loss a year earlier.

Vestas rose as much as 12 percent, the biggest gain since May 8, and was up 4.8 percent at 108.4 kroner by 12:16 p.m. in Copenhagen. The price is still less than a sixth of the record 692 kroner reached in 1998. Vestas revised earnings forecasts in 2010 and 2011 before renegotiating loan facilities last year.

The board agreed to replace Engel at a meeting yesterday, Nordberg said today on a call with journalists and analysts. Chief Financial Officer Marika Fredriksson will take charge of the business until Runevad assumes control on Sept. 1, he said.

“As the industry is maturing and the competition is becoming more and more intense, there is a need to ensure we have the right competences,” Chief Marketing Officer Morten Albaek said by phone. “There’s a difference in the business of wind in 2013 and the wind business five to 10 years ago.”

The company’s sales declined by 26 percent to 1.2 billion euros in the latest quarter, and the company had an operating margin of 1 percent. It revised a forecast of free cash flow for the year from “positive” to 200 million euros.

Wind turbine prices are “stabilizing,” Fredriksson said on the call. Vestas will take its “fair share” of orders in the U.S., where it sees a second-half pickup, Albaek said.

The U.S. market slowed after a tax credit was allowed to expire at the end of last year. While it was unexpectedly renewed on Jan. 1, developers had already rushed projects to completion, leaving fewer in the pipeline. The extended credit applies to new projects where construction has begun by Dec. 31.

Vestas no longer plans to sell a tower factory in Pueblo, Colorado, that it expects to operate at full capacity next year.

Machining and casting plants are still for sale, and the manufacturer lowered their valuation by 42 million euros following talks with potential buyers.

Development of the V164 8-megawatt offshore wind turbine is going according to plan, the company said. Nordberg declined to comment on discussions over a partnership with Mitsubishi Heavy Industries Ltd. that it announced in August 2012, beyond saying Vestas would release a statement should those talks end.

Now there is “clear long term value” in Vestas shares, Sean McLoughlin, a clean-energy analyst at HSBC Holdings Plc, said in a note to investors on July 30. “Vestas is ideally positioned to benefit from global wind demand growth.”

Vestas today retained full-year guidance for 2013 shipments of 4,000 megawatts to 5,000 megawatts, down from 6,200 megawatts in 2012. It maintained a forecast for a drop in revenue to 5.5 billion euros from 7.2 billion euros and sees a margin before interest, tax and special items of “at least” 1 percent.