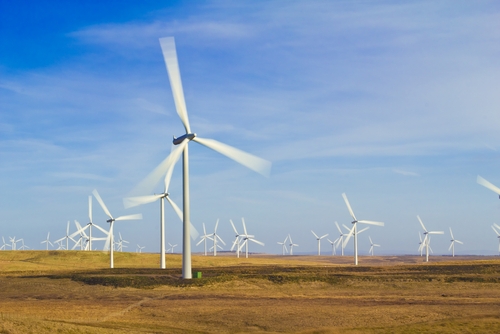 The U.S. House late yesterday passed a bill averting spending cuts and tax rises that had threatened an economic recovery. The law, already approved by the Senate, includes an extension of the Production Tax Credit, which pays wind–farm owners 2.2 cents for every kilowatt-hour of power they produce.

“It’s really good news for Vestas, because the American market and how it develops is extremely important,” Chief Marketing Officer Morten Albaek said today in a phone interview. “It’s a good way of starting the new year.”

U.S. wind installations in 2012 were set to top 12 gigawatts as developers rushed to complete projects before the scheduled Dec. 31 expiry of the tax credit, known as the PTC, the Energy Information Administration said Dec. 19 on its website. That would top the record 10 gigawatts from 2009, according to Bloomberg data.

Bloomberg New Energy Finance on Nov. 13 said installations may plunge to 1.5 gigawatts in 2013, absent an extension to the credit. Even with the extension, Vestas said in a statement today that the “late timing” of the announcement will lead to a “significant reduction” in 2013 installations relative to previous years.

Albaek said Vestas now expects higher orders in 2013 in the U.S. than would have been the case without the PTC. He declined to provide a forecast, saying it’s “too early” to predict. The company maintains its global shipments forecast of 5 gigawatts for 2013, he said.

The tax break, which had expired on the last day of 2012, was extended until the end of this year, a move that the American Wind Energy Association said may save as many as 37,000 jobs. The last time it was allowed to lapse, at the end of 2003, U.S. annual wind installations declined to 397 megawatts in 2004 from 1,670 megawatts the previous year, according to AWEA data.

Vestas had already started preparing its U.S. factories for a slowdown in production as the expiry of the tax credit loomed, and had forecast a decline in global shipments to 5 gigawatts this year from 6.3 gigawatts. Last month, it cut working hours at factories in Colorado.

It’s “obvious” the extension will provide more job security for Vestas’s American employees, including the 1,100 who work in four Colorado factories. Still, it’s too early to say when or whether the employees on reduced hours will have their working week increased again, he said.

“Wind energy workers have been living under threat of the PTC’s expiration for over a year and layoffs had already begun, as companies idled factories because of a lack of orders for 2013,” the AWEA said. “Uncertain federal policies have caused a boom-bust cycle in U.S. wind energy development for over a decade.”

Nordex, a Hamburg-based turbine developer, had no growth in U.S. orders last year and is unsure what the extension will mean for business, Ralf Peters, a company spokesman, said by telephone, citing competition from cheap shale gas.

“It remains to be seen in which direction the pendulum will swing in 2013,” Peters said. “What’s clear is that the tax-credit extension adds weight to wind.”

Nordex in 2010 opened a plant in Jonesboro, Arkansas. It currently has a production capacity of about 200 megawatts a year, which could be extended to 750 megawatts if the company were to hire more people, Peters said. It has about 200 employees in the U.S.

The AWEA said the deal agreed last night by Congress will protect all projects that begin construction in 2013, even if they are not completed until later.

“Companies that manufacture wind turbines and install them sought that definition to allow for the 18-24 months it takes to develop a new wind farm,” the association said. That provision is “really positive,” according to Albaek.