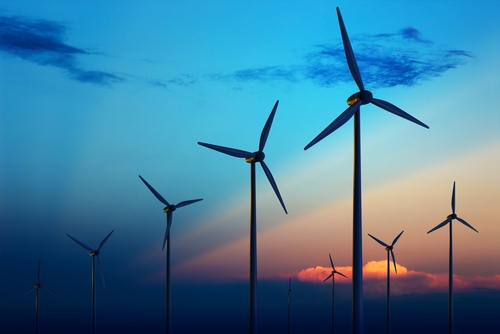 LONDON — Vestas Wind Systems A/S Chairman Bert Nordberg and Chief Executive Officer Ditlev Engel said the worst may be over for the wind turbine maker, which has lost 91 percent of its value since 2008.

“Today we are in better control of our costs, our position and our development than we were a year ago,” Nordberg said. “We have had a dangerous position, and it’s been pretty exciting for a while, but I think it’s calmer now.”

Engel said Vestas has made “good progress” in the past year. Nordberg said he doesn’t expect to hold as many board meetings in 2013 as the record 24 last year. They spoke in phone interviews late yesterday from Aarhus, Denmark, after the manufacturer’s annual shareholder meeting.

Vestas has lost money for two years as overcapacity in the industry pushed down prices.

Nordberg and Engel cited progress made in cutting fixed costs as evidence of the turnaround. The company is 15 months into a two-year push to cut its workforce by about 30 percent to 16,000. Last month, the company said it has achieved more than 250 million euros ($322 million) of the 400 million euros in savings it has targeted.

At the meeting yesterday, shareholders rejected a proposal to probe a change in the turbine maker’s accounting policy that some investors said damaged the company’s share price. They also approved the election of proposed members to the board of directors, including Nordberg, and director pay.

The two Vestas chiefs said they’d like to find a partner to help develop the company’s biggest ever machine, the 8-megawatt V164 offshore turbine.

“There’s no secret that to have a partner would be good for us,” said Nordberg. Vestas will deliver its first prototype of the device as promised by the second quarter of next year, even without a partner, he said.

Engel reiterated past comments that “several” partners have indicated interest.

“It makes sense with such huge projects to have a partner,” Engel said. “We see our clients they go in and share the risk in some of these big offshore projects, even corporations much larger than Vestas.”

Vestas rose 0.6 percent yesterday to 47.20 kroner in Copenhagen. The shares have gained 48 percent this year.

Neither Nordberg nor Engel would comment on the progress of talks on a strategic cooperation with Mitsubishi Heavy Industries Ltd., which it announced in August.

Nordberg also said he’s “still open” to securing a single major shareholder for up to 20 percent of Vestas, reiterating comments he made in August to the Berlingske Business newspaper.

“Many of the big shareholders are not industrial — they are investors, but they are not discussion partners for the future of the company in the way that we’d like,” Nordberg said. “It would be good for the company.”

Vestas has warned that it expects 2013 to be a “tough” year for wind, and in February the company reduced its shipments forecast for 2013 to 4 gigawatts to 5 gigawatts of turbines from previous guidance of about 5 gigawatts.

“We have a cautious forecast and we are following that,” said Nordberg.