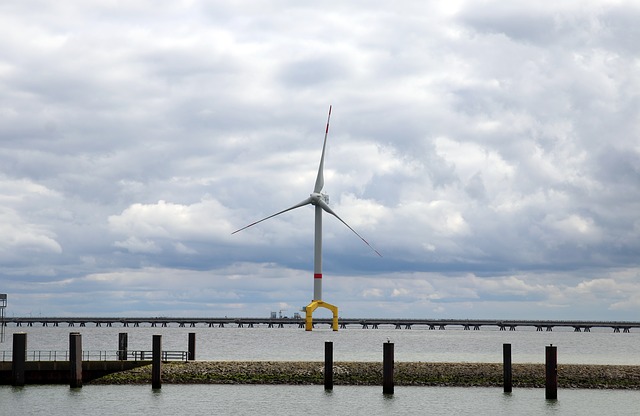 About 85% of comments at a recent series of virtual public meetings were in favor of allowing the offshore wind project.

The federal Bureau of Ocean Energy Management held five virtual public hearings on Vineyard Wind from mid-June until late July. Some 85% of the comments made at the public hearings were in support of the project, and the vast majority of the 13,200 comments filed online were also in favor.

The comments will become part of the record the agency considers in its permitting decision. Supporters hoped the comments would be persuasive but were still far from certain about the project’s future, in part because of President Donald Trump’s hostility toward wind turbines in general.

“My hope is that the overwhelming public support will help push it through,” said Susannah Hatch, clean energy coalition director for the Environmental League of Massachusetts.

Massachusetts has been committed to offshore wind since 2016, when Gov. Charlie Baker signed a law requiring utilities to solicit at least 1,600 megawatts of offshore wind capacity by 2027. Two years later, that target was doubled.

In May 2018, Vineyard Wind was selected to build the first project in the initiative, an 800-megawatt wind farm located 15 miles south of Cape Cod and Martha’s Vineyard. To become a reality, the plan needs more than 25 federal, state and local permits and authorizations, a process that has been underway since before the project was even selected.

The pending decision from the Bureau of Ocean Energy Management is the last major regulatory hurdle. As part of that process, the federal agency in June released its most updated assessment of the expected environmental impact of Vineyard Wind’s proposed installation.

Supporters worry that politics will play a role in the decision. Bureau chief Walter Cruickshank has stated that the administration is behind offshore wind. At the same time, Trump has regularly expressed opinions ranging from skepticism to downright scorn about the viability of wind energy. He has also shared unsupported theories about the alleged health risks from wind energy.

“I do suspect that there are some political elements at play,” Hatch said. “It would be a real shame if they did not let this project move forward, because of the economic and environmental benefits it would bring.”

The agency’s decision is expected by December.

Supporters most frequently cited the expected environmental benefits of replacing fossil fuel generation with clean power. Among the comments filed was a letter, signed by 29 businesses, community groups, and educational institutions, arguing for the importance of strengthening the grid with reliable, clean energy. The National Wildlife Federation submitted a document that includes the signatures of nearly 10,000 supporters.

“We’ve got really, really serious climate issues going on and it’s just unnerving to see what’s happening,” said Bert Jackson, a resident of the Cape Cod town of Brewster and chief executive of the Cape Cod Technology Council. “This is something that is making a difference for the future.”

Many who argued for Vineyard Wind also pointed to the economic benefits offshore wind is expected to create. The Cape Cod Chamber of Commerce filed a comment in support, noting the project could bring an estimated $1.87 billion in direct economic benefits to Massachusetts and create some 3,600 jobs. Associated Industries of Massachusetts, a major business organization in the state, also commented in favor, noting the impact on jobs and the benefits to power consumers.

Most who spoke out against approving Vineyard Wind at this time expressed concern that the turbines would interfere with commercial fishing activities in the area. Some larger boats would be unable to operate within the wind farm area, said Tom Dameron, government relations and fisheries science liaison for Surfside Seafood Products in New Jersey. And many in the fishing industry feel as if their needs have been largely ignored even as changes have been made to accommodate coastal property owners, shipping concerns, and bird enthusiasts, he said.

“The process has been flawed in that sense from the beginning,” Dameron said.

Vineyard Wind notes that it has made several changes to its initial plans to accommodate the fishing industry, including an agreement to build the installation in a uniform grid pattern, with at least a mile between turbines, creating navigable corridors for fishing vessels and other boats.

In addition, a group of marine scientists in July released a report arguing that there needs to be more research into certain possible effects the turbines could have on the ecosystem. Specifically, the report points to the “cold pool,” a sprawling, seasonal area of cold water trapped at the bottom of the ocean that provides an important environment for certain species. The Bureau of Ocean Energy Management analysis does not do enough to consider the possible impact of Vineyard Wind on the cold pool, particularly in the spring and fall, the scientists’ report concludes.

“This is complicated and we don’t really know what could happen,” said Daphne Munroe, one of the report’s authors and a shellfish biology researcher at Rutgers University.

The report itself does not make any recommendations about what its findings should mean for the future of Vineyard Wind and the scientists are not taking a position on whether the project should proceed, Munroe said. However, for Dameron and many in the fishing industry, it is clear that the uncertainties laid out in the report mean the project should not move forward until some of these questions are answered.

However, for supporters of the proposal, delay is simply not an option. The urgency of climate change means that wind energy needs to come online as fast as possible, proponents said. And Vineyard Wind, as the first large-scale project, is setting a precedent for what comes after.