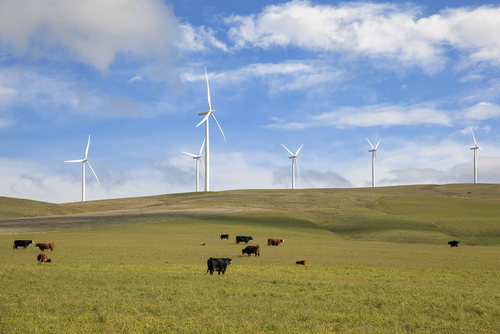 Wind power prices have dropped down to an all-time low of just 2.5 cents per kWh, far below the national average of around 11 cents per kWh, according to the DOE’s 2014 ¨Wind Technologies Market Report.¨

The all-time low is the weighted average of prices offered to utility buyers from projects negotiating contracts in 2014. The majority were located in the interior of the U.S., an area that includes states such as Oklahoma and Texas where wind-power potential is highest, study co-author and Berkeley Lab Electricity Markets and Policy Group research scientist Mark Bolinger pointed out in an interview.

“One important thing to note is that the majority of wind power development that has taken place in the last few years in the interior U.S. – you’re not going to get those sorts of prices in the Northeast or other areas where wind power resources aren’t as strong and projects are costlier to develop.”

2014’s record-low wind power PPA prices resulted from a confluence of several factors, Bolinger continued. For one thing, the declining trend in wind power prices has continued since they hit a 2009 peak of around 7 cents per kWh. 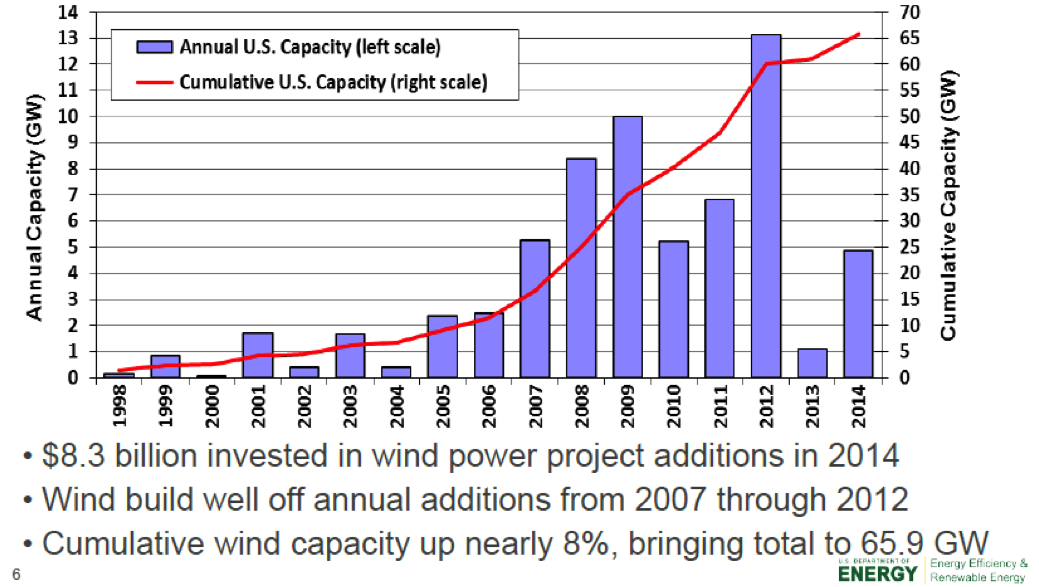 Key findings from the latest “Wind Technologies Market Report” include:

·      Wind power has comprised 33 percent of all new U.S. electric capacity additions since 2007, now meets almost 5 percent of the nation’s electricity demand, more than 12 percent of total electricity generation in nine states and more than 20 percent in three states.

On the other hand, Bolinger noted that, ¨financing with tax equity (such as the PTC) is a pretty expensive source of capital, but developers need to take advantage of the PTC.¨

Concerned about the risk of default, tax-equity investors, moreover, don’t like to see projects financed with debt capital. That eliminates debt as a source of project finance.

The Impact Of The Wind Power PTC

Congressional support for the PTC has vacillated over the past decade. Project developers have typically accelerated the construction of wind power projects in advance of anticipated PTC expiration dates. Subsequently, industry activity typically slowed down considerably.

Evidence to date shows that this boom-bust cycle has had a huge negative impact on wind power sector investment, project development and large-scale job losses that have rippled across the industry value chain, the American Wind Energy Association (AWEA) and other wind power proponents have highlighted.

Once the initial impact runs its course, however, wind power project development would likely pick up again, Bolinger believes. For example, if the PTC were to go away for good, project developers would likely turn to other, cheaper sources of capital than tax equity to finance their projects — this beneficial shift in capital structure would partially mitigate the loss of the PTC, he explained.