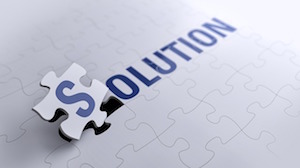 The way that developers approach offshore wind project planning for permitting in the U.S. could follow the lead of Europe’s successful offshore industry.

The Bureau of Ocean Energy Management (BOEM) last week said it sees benefits to allowing offshore wind area lessees to describe a range of designs as part of construction and operations plans — an approach called project design envelope (PDE) that is used by European countries for project permitting.

BOEM issued draft guidance regarding the use of the PDE, and is seeking comments before issuing final guidance later this year. Use of the PDE would be voluntary.

BOEM said in the draft guidance that the PDE approach “allows offshore wind project proponents to identify in their permit application a reasonable range of potential project design parameters for certain key components of a development, including: type and number of turbines; foundation type; location of the export cable route; location of an onshore substation; location of the grid connection point; and construction methods and timing.”

The PDE approach would allow BOEM to assess potential environmental impacts, with a focus on those design elements that present the greatest potential impact.

“The offshore wind industry is moving at a phenomenal pace, and I’m proud to announce that this Administration is working with industry and stakeholders to make the renewable energy development process quicker, cheaper and more competitive with the rest of the world,” Counselor for Energy Policy, Vincent DeVito, said in a statement.

BOEM said in the draft guidance that it will continue to investigate European policies, guidelines, and other documents related to the review and approval of offshore wind energy facilities, including the use of the PDE.

A webinar on the draft guidance will be held on Jan. 31.