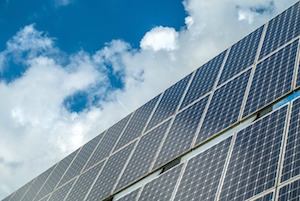 With financial backing from the U.S. government, an Israeli solar developer Gigawatt Global Cooperatief UA signed a deal with the 15-nation Economic Community of West African States to build $1 billion of renewable energy projects in the region.

The U.S. is supporting the project through its Power Africa initiative set up in 2013 under President Barack Obama’s administration, a program that had pledged to invest $7 billion over five years. The advancement of this deal is an indication that the U.S. Agency for International Development has retained its ability to act even though President Donald Trump has slashed aid budgets and criticized U.S. involvement in poverty alleviation.

The deal will help build the West Africa Power Pool, which is a unit of the Economic Community of West African States, or Ecowas. It was set up to implement this agreement and create a regional electricity system. The deal builds on an agreement inked by the U.S. and Israel last year where the two governments pledged to work together to reduce energy poverty in Africa.

“Energy poverty can be eliminated even in smaller or less developed Ecowas states with the leverage of a regional strategy,” according to Yosef Abramowitz, chief executive officer of Gigawatt Global.

Abramowitz is a leading Israeli renewables developer, controlling the Dutch-registered Gigawatt Global and Energiya Global Capital. He was a co-founder of Arava Power Co.

The memorandum of understanding calls for Gigawatt Global to install 800 megawatts of solar and wind farms in West Africa, beginning with Burkina Faso, Senegal, Mali, Nigeria and the Gambia, according to Israel’s ambassador to Nigeria, Guy Feldman.

“This MOU signed today is a powerful metaphor to the West and the rest of Africa, which pave the way for future Israeli innovation,” Feldman said.

Power Africa will be a lead source of funds for the projects and is also anticipating to bring in other development banks and investors. The funds are expected to have a split of 80 percent debt and 20 percent equity.

“Power Africa looks forward to support the partnership between the West African Power Pool and Gigawatt Global,” said Andrew Herskowitz, a coordinator of Power Africa. “We are confident that a range of multilateral institutions will step up to support this sweeping endeavor.”

Energiya Global will be doing the work on the ground. Project development is expected to kick off in early 2019, including feasibility studies, training courses and the signing of power purchase agreements.