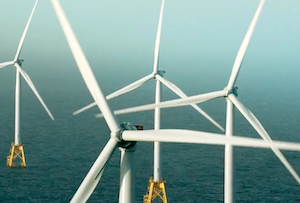 With policy frameworks and political will now in place in five states — Massachusetts, New York, Maryland, New Jersey and Rhode Island — U.S. offshore wind (OSW) power has more than just arrived. It is surging into 2018 with approvals or pledges to install nearly 8 GW of OSW off U.S. shores, and another 16 GW planned, in an industry where size is essential to drive economies of scale. 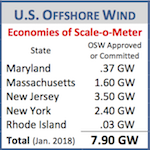 It’s been a long time coming, but U.S. OSW is powering ahead with the full-throated backing of U.S. energy markets, states vying for first-mover status and jobs, developers lining up deals and supply chain partners, federal lease auctions reaching record high bids, and global investors eyeing the next big opportunity to develop competitively priced clean energy. The proof is plain to see: 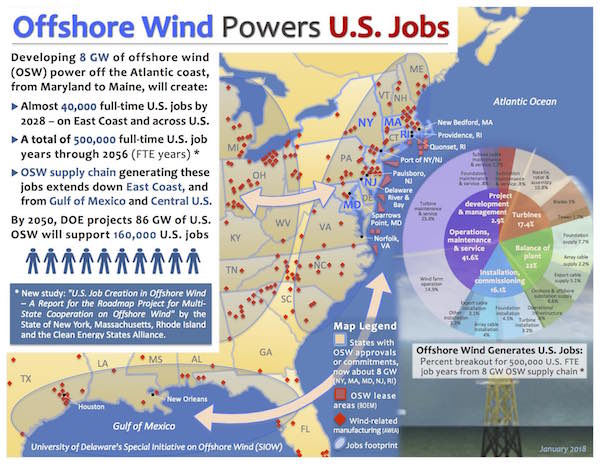 It’s been more than a year since America’s first “steel in the water” began generating clean, reliable power for Block Island and other Rhode Island residents. Since that milestone, U.S. OSW’s market and power-producing potential has won the clear confidence and commitment of industry heavy hitters as well as new players in U.S. and global offshore energy markets.

This was apparent at the recent Offshore WINDPOWER conference in New York City, which drew some 1,000 business leaders, academics, environment specialists and high-ranking officials from around the globe. In a panel I moderated on Cross-industry Engagement, officials from Statoil, Avangrid, Zentech and NOIA highlighted the significant supply-chain and job-creating synergies between the U.S. offshore oil & gas, onshore wind and offshore wind industries.

“There is a transition… ongoing and we all should be part of it,” said Michael Olsen of Statoil, which is developing the Empire Wind project off Long Island. Houston-based Zentech has announced its intention to build the first U.S. OSW-turbine installation vessel, which will be Jones Act-compliant. Louisiana’s Gulf Island Fabrication, which fabricates offshore oil rig foundations, also built the foundations for Block Island’s wind farm. 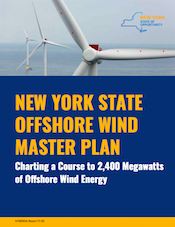 U.S. OSW will clearly be an American industry, drawing on the wealth of expertise in the U.S. offshore oil & gas and onshore wind sectors. It will also benefit both of those sectors, boosting an overlapping supply chain and jobs that extend from the East Coast to the central U.S. and Gulf of Mexico. To tap America’s OSW potential, global heavy hitters are joining forces with U.S. partners. At Offshore WINDPOWER, MHI Vestas announced a $35 million investment with Clemson University to test the world’s largest wind turbine — the 9.5 MW V164 — at Clemson’s Energy Innovation Center in Charleston, SC. “We are very, very optimistic about the U.S. market,” said MHI Vestas’ Thomas Karst. 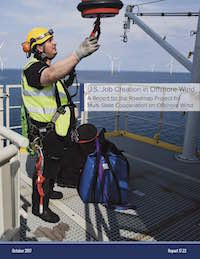 These are exciting developments and show the real nuts-and-bolts of bringing OSW to U.S. shores and creating a new American heavy industry are coming together in 2018 — and not a moment too soon. Globally, OSW generates more than 14 GW outside the U.S. and grew 18 percent in 13 countries in 2016. It is remarkable what has already been achieved in reducing costs by the Danish, Dutch and Germans — everything is moving in the right direction. There is more on the way, and it all stands to benefit the U.S. market. 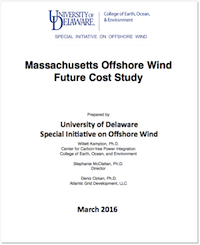 A new study, U.S. Job Creation in Offshore Wind, authored by New York, Massachusetts, Rhode Island and the Clean Energy States Alliance, reports that developing 8 GW of OSW from Maryland to Maine will create almost 40,000 full-time U.S. jobs by 2028 and 500,000 FTE U.S. job years over the long term. That’s just the tip of the iceberg. By 2050, a projected 86 GW of U.S. offshore wind power will support 160,000 full-time U.S. jobs. OSW will also give an important boost for jobs and the supply chain in the U.S. offshore energy and onshore wind sectors, which employ 250,000 and 100,000, respectively.

Today, U.S. OSW has the market momentum and road map it needs to achieve full lift-off. With almost 8 GW approved or pledged, U.S. OSW has surpassed a threshold of at least 2 GW commitment to scale — four times over — by state policy makers to spur necessary cost reductions and market competition during the next decade, as outlined in studies conducted by the Special Initiative on Offshore Wind for New York and Massachusetts. Indeed, the 2017 New Energy Outlook from Bloomberg New Energy Finance projects that OSW costs will decline more than 70 percent by 2040.

The ability of OSW to deliver plentiful, market-competitive power is no longer in doubt. It is being demonstrated every day by the GWs of low-cost, clean OSW that power millions of homes and businesses in Europe — where total OSW costs have now dropped to 6¢/kWh. 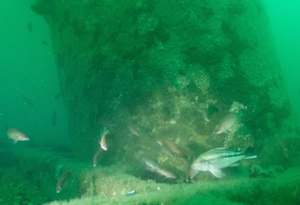 Realizing OSW’s promise and such head-spinning low prices on this side of the Atlantic will require ingenuity, market savvy and hard work.  But it is well within our grasp.

All the elements appear aligned to make 2018 a banner year for OSW. In December, the Department of Energy announced $18.5 million to fund a new consortium for R&D into innovative OSW technologies. Even the fish are excited, as is evident by the frenzy of marine life making a home at the Block Island offshore wind farm. A new study reported in MIT Technology Review confirms we can expect more where that came from.

Everyone likes a winner. With momentum in the markets, a road map for success, and new jobs on the horizon — U.S. OSW is taking the New Year by storm, with the wind at its back and a clear path ahead.