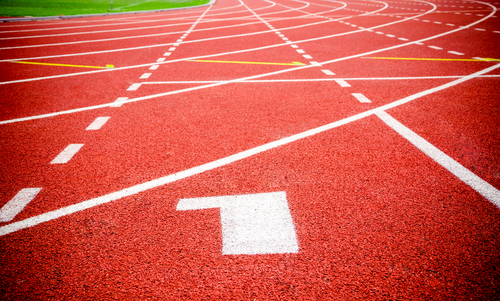 Uruguay hopes to generate as much as 38 percent of its power from wind by the end of 2017, up from about 13 percent now, cementing Uruguay’s position as South America’s top wind-energy user, according to Gonzalo Casaravilla, chairman of the state- owned electric utility UTE.

That would put Uruguay in the same league as Denmark, the global wind energy trailblazer that got 43 percent of its power from wind last year. The country of 3.3 million is embracing wind because it offers low operating costs and as a hedge against drought, which reduces power from hydroelectric dams and in the past has forced it to fall back on fossil fuels.

“When someone calculates the percentage of wind power in our energy matrix, we’ll surely rank among the leaders in the world,” Casaravilla said in an interview May 15 in Montevideo. He expects the country to get about 30 percent of its power from wind by the end of next year.

“In percentage terms, Uruguay is a leader in wind generation in Latin America, and you can even compare it to some of the leaders worldwide,” said Lilian Alves, an analyst based in Sao Paulo for Bloomberg New Energy Finance.

Uruguay was the fastest-growing wind market in the world in 2014, according to the World Wind Energy Association. Installed capacity surged almost eight fold to 479 megawatts, according to the Energy Ministry.

In a wet year like 2014, about 74 percent of Uruguay’s electricity came from hydropower. Now, with a drought affecting parts of the country, wind is coming to the rescue as hydropower’s share slips below 70 percent.

With oil at about $60 a barrel, Usinas & Transmisiones Electricas, as the utility is formally known, would have paid an additional $200 million for fuel this year without the recently added renewable energy projects, Energy Minister Carolina Cosse told reporters May 4.

Developers have invested $1.4 billion on wind power to date, and more projects are on the way. That will let Uruguay consistently generate at least 90 percent of its power from renewables by the end of 2016, Casaravilla said.

“It’s a unique example in the region of successful and fast energy-matrix diversification,” said Rafael Matas, an Inter-American Development Bank investment officer who was the team leader for a $216 million loan to finance wind farms in Uruguay. “It’s an example to follow.”

Uruguay is especially well-suited for wind with low ridges smoothing the flow of steady winds coming off the Atlantic Ocean. That helps turbines run at about 40 percent of capacity, said Fernando Schaich, a director at the Montevideo-based renewable-energy developer SEG Ingenieria.

“Uruguay is like a big wind farm because it’s flat,” and the highest point is 500 meters (1640 feet), he said in an interview. U.S. wind farms ran at 34 percent of capacity last year, according to the U.S. Energy Information Administration.

That helps wind farms in Uruguay produce electricity for about 65 cents to 70 cents a kilowatt-hour, half the cost of electricity generated by a natural gas-fired plant, Casaravilla said.

Wind capacity is set to reach about 800 megawatts this year with a $1.2 billion project pipeline lifting that figure to 1,400 megawatts by the end of 2017, Casaravilla said.

To put that in perspective, the largest U.S. wind farm, the Alta Wind Energy Center in Southern California, has more than 1,500 megawatts of capacity.

Casaravilla sees power exports growing in importance thanks to a rising supply of wind energy and the construction of a 540 megawatt gas plant.

Uruguay, Brazil and Argentina have exchanged electricity for years. In 2013, Uruguay didn’t import electricity from its neighbors for the first time in more than a decade, and also sold $21 million of electricity to Argentina.

UTE and Brazil’s Eletrobras are testing a 500-megawatt transmission line. During the early morning hours on a windy day Uruguay could have as much as several hundred megawatts of power available for export, Casaravilla said.

“We have an opportunity because the region is hungry for energy.”