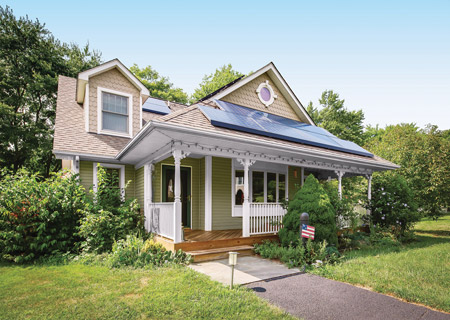 In the 1950s, the federal government sought to boost home ownership by increasing private lending. To this end, the government facilitated mortgage lending by creating Fannie Mae and Freddie Mac. They provided liquidity to private lenders by buying and holding mortgages, replenishing the funds needed to make additional loans.

Renewable energy developers have a similar need to replenish their capital to keep developing new projects. While many developers have always sold some or all of their projects to accomplish this, they have begun to focus on dedicated “mini Fannie Maes” in the form of yieldcos. 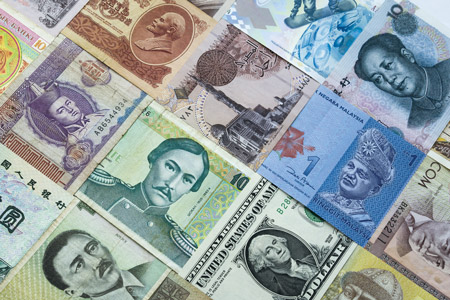 Renewable energy projects have been financed through a combination of equity, debt and tax-equity financings, with the latter being used to monetize federal tax credits that the developer cannot use due to insufficient tax liability. Tax-equity financings range from 35 to 50 percent of the construction cost of the project, with the remaining funds contributed as equity by the developer, sometimes in combination with debt financing. After initial financing and construction, however, a project generally does not produce sufficient free cash to allow the developer to fund new projects. Consequently, developers seek an exit opportunity that allows them to replenish capital by monetizing their remaining project interests.

Solar on a residence. Credit: SolarCity.

In addition to SolarCity, other key developers in the rooftop solar market are exploring securitization. Because of the volume of rooftop solar leases and PPAs and the small size of individual installations, residential solar has gravitated to standard forms and the work that NREL is doing helps continue this process. It is possible that such securitization will become the prevailing method for residential solar developers to replenish capital.

On the other hand, large-scale renewable projects are not likely to experience the same level of standardization due to the larger project size and the need to tailor projects and related documentation to the particular needs of the offtaking utility. Instead, “yieldcos” are becoming a very effective way for utility-scale developers to replenish capital.

A number of utility-scale developers have formed yieldcos. The trend began in 2013 when NRG Energy formed NRG Yield. By January 2015, public trading opened on other yieldcos, including Pattern Energy Group, NextEra Energy Partners, TerraForm Power, and Abengoa Yield. More are reportedly coming, with news indicating that First Solar and SunPower are in talks to form a joint yieldco.

A yieldco is a growth-oriented publicly traded corporation formed to hold operating assets that generate long-term, low-risk cash flows. The cash flows are distributed to investors as dividends. Corporate level tax is shielded in whole or in part by the developer’s retained share of accelerated depreciation and, in some cases, tax credits, and may also be offset by interest deductions on project acquisition debt. Additionally, yieldcos tend to attract investors that may be tax indifferent, such as tax-preferred pension plans.

Because the yieldco sponsor is a developer, yieldcos usually have access to the developer’s project pipeline through a right of first refusal. This provides the developer with a ready repository for its completed projects to replenish its capital and gives the yieldco the promise of growth.

Despite this attractive access to public markets, yieldcos will not necessarily overtake other methods for developers of large-scale renewable energy projects to obtain back-end financing. Yieldcos have drawbacks, including the high cost of an IPO and the need to keep acquiring projects to maintain cash flows and stock value. NRG Yield recently proposed a stock split that was driven partly by the need to raise capital for NRG Yield to obtain more projects. This is a good reminder that because they are publicly held, the public yieldco structure does not permit the most nimble decision-making processes.

A Yieldco By Any Other Name

Other yieldco-like equity vehicles will continue to provide developers with viable capital raising options, without all the attendant challenges with yieldcos. For example, many private equity funds have entered the renewable energy project acquisition market in recent years. These funds tend not to develop projects, but rather are made up of financial investors who purchase contracted projects that are nearly completed or ready for construction. The fund’s investors tend to be a limited number of large, institutional investors.

Because these funds are not publicly held companies, they may prove to be more flexible over time. They are not “forever” investments like a public yieldco where the investor’s only “out” is to sell stock. Rather, most have limited terms – say 12 or 15 years. Thus, there is not the same ongoing pressure to keep generating new projects. The investors have a limited commitment to invest a stated amount over a stated period, and once those investments are made, the fund does not acquire more projects (though the fund and its investors may amend the fund to allow additional investments, or form a new fund with all or some common investors). Furthermore, as the investment and renewable energy markets change over time, the funds can be flexible in how they respond; they can renegotiate arrangements with their limited number of institutional investors in a manner that would not be possible when dealing with thousands of public yieldco shareholders.

The industry has also seen a growing number of developers bring in cash-equity investors (driven by a cash return, not tax credits and depreciation) to take a portion of the developer’s remaining interest after tax equity is in place. Such cash-equity investments may acquire an interest in a single project or a portfolio of projects. For example, over the last few years Enel Green Power North America has completed several such transactions where subsidiaries of GE took a cash equity position in wind projects constructed by Enel. The benefits of this approach are similar to those for funds: investments are limited in scope, relieving the pressure for continued development in changing markets, and the number of investors is small and thus can provide greater ability to deal with changes and problems as they arise.

Another yieldco-like vehicle is an entity formed to acquire a particular developer’s projects with a discrete number of institutional investors. This is effectively a “private” yieldco where no public stock offering is involved. It operates like a cash equity investment, but can be more open-ended in duration and investment commitment. It has the benefits noted above for funds and cash equity investments, but can be more flexible in terms of structure than your typical fund (which is structured to meet prevailing expectations of investors, rather than being tailored to the specifics of a developer’s situation and project opportunities).

Over the next few years, expect to see further evolution of these capital raising techniques. While we may see residential solar developers gravitate toward securitization, developers of large-scale renewable energy projects will continue to look to other yieldco-like structures as a viable means of raising capital.