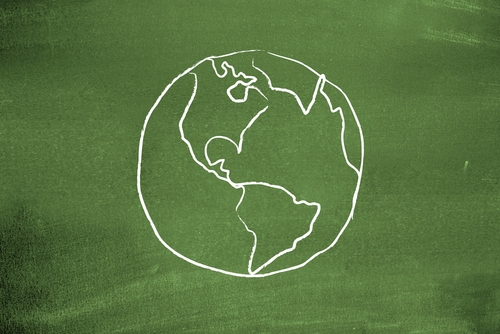 Delegates from 190 nations put the finishing touches on a draft text early this morning that addresses cuts in fossil-fuel subsidies, support for the use of renewable energy and measures to protect oceans, according to UN diplomats and Brazil Foreign Minister Antonio Patriota at the talks in Rio de Janeiro. World leaders are due to adopt the measures on June 22.

The discussions cap more than a year of work to mark the 20th anniversary of the first Earth Summit, where the UN started talks to halt global warming and safeguard the diversity of plants and animals. This year’s meeting dubbed Rio+20 involves 50,000 government officials, company executives and research analysts and is aimed at setting an agenda for policymakers to act in the coming decades. It will have no force as a treaty.

“The text is a nice signal but you could drive a truck through all the loopholes,” Jake Schmidt, director of international climate policy at the Natural Resources Defense Council, a New York-based environmental group, said before the text was finalized. “All of the tangible outcomes were weakened or removed.”

The delegates’ goal is to put the final terms of the text titled “The Future We Want” before 130 world leaders arrive beginning June 20. Those leaders must endorse the document before it’s final.

“We have sought to incorporate to the maximum the concerns and suggestions made by participants, including last minute negotiations on outstanding issues,” Brazil’s Patriota said in a statement.

The accord represents an effort to chart the middle ground between countries such as the European Union’s 27 members, which want to push the “green economy” including renewable power and energy-efficiency measures, and poorer nations whose priority is lifting people out of poverty rather than pursuing expensive clean technologies.

“To ensure a transition to a green economy it will be a huge cost for developing countries,” said Quamrul Chowdhury, an envoy from Bangladesh who negotiates on finance for the G77 group of developing nations. “Who is going to bear that cost? If countries like Bangladesh invest in a green economy, that means we have to cut back programs to fight poverty.”

WWF, an environmental group, said the draft document was full of “weak words” such as “encourage” and “promote,” rather than demanding ones such as “will” and “must.” The group put the tally at 514 weak words to 10 strong ones before the text was finalized.

Delegates were tinkering with minor wording issues such as the commitment to protect the oceans late into the night, said Luiz Alberto Figueiredo, the lead climate negotiator for Brazil, which is coordinating the talks.

Participants spread across Rio in hotels and at an airport- sized convention center in the west of the city are discussing issues from carbon emissions associated with fossil fuels to ensuring arsenic from mining operations doesn’t contaminate water supplies.

They’re also working on plans to map out “sustainable development” goals that will be negotiated in the next few years, though just what those targets would entail is being left for future meetings.

Environmental groups want the UN to offer more concrete steps, especially on shifting away from oil and gas.

“Our energy system is broken,” said Pascoe Sabido, energy adviser for Friends of the Earth. “It’s not working for the billions without electricity or clean cooking facilities. If the UN is serious about providing sustainable energy for all, it needs to listen to people, not lock the poor into another generation of dirty energy.”

Image: Earth on Blackboard via Shutterstock