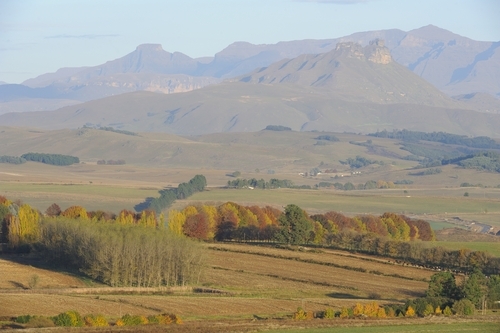 Dubai — Africa is lagging the rest of the world in obtaining funds for renewable energy projects because development banks aren’t assuming enough of the political risk of working there, United Nations officials said.

“Funding for renewable energy in parts of Africa is not working,” Steiner said at the World Future Energy Summit in Abu Dhabi. “Public private partnerships are not working because of too much risk on the private investors.”

The comments at the conference this week show why African nations are struggling to attract investors for projects that would meet UN goals for supplying electricity to poor communities while limiting fossil-fuel emissions.

Africa had about $4.3 billion of the $268.7 billion invested worldwide in renewable energy last year, according to data from Bloomberg New Energy Finance.

The continent had about 36 projects, all except eight of which were in South Africa, with Kenya, Nigeria, Ethiopia and Zimbabwe accounting for the rest. China by contrast lured $67.7 billion in investment and the U.S. $44.2 billion.

The UN is pushing countries and companies to provide energy to the roughly 1 billion people who don’t have access to constant and safe electricity and water by 2030. In sub-Saharan Africa, many villages not connected to electrical power grids could be powered with wind and solar because they’re far enough from the national electric grid that renewables are competivie, according to participants at the conference that ends today.

Investors need “top line” guarantees, said Paul Kloppenborg, chief executive of Amsterdam-based Global Cleantech Fund. Providing insurance for investors against government or regulatory changes wouldn’t guarantee profit, Kloppenborg said in an interview. Instead, it would add the confidence needed for investors to embark on projects that would then turn a profit depending on the operator’s efficiency, he said.

Multilateral agencies investing along with private companies in renewable energy projects in developing countries can improve the chances of securing financing, El-Ashry said.