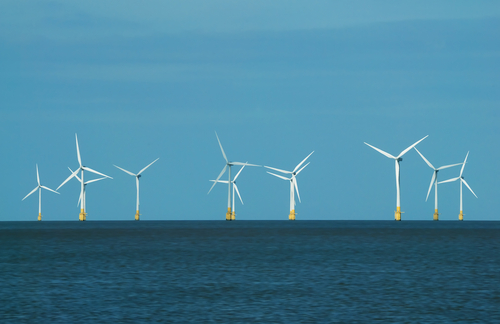 The U.K. authorized the Forewind consortium of four European utilities to build the joint-largest offshore wind project in the world.

The two 1.2-gigawatt wind farms, called Dogger Bank Teesside A&B, total almost four times the capacity of the largest operational project. They won development permission from the Department of Energy and Climate Change, according to a statement e-mailed Wednesday by the Planning Inspectorate.

The U.K. is banking on offshore wind to help meet its renewable energy and carbon targets without blotting the onshore landscape. The 2.4-gigawatt project in the North Sea matches the size of the Dogger Bank Creyke Beck development also by Forewind, which won planning consent in February. The latest project, costing as much as 8 billion pounds ($12.5 billion), will be built by a consortium consisting of RWE AG, SSE Plc, Statkraft AS and Statoil ASA.

“The sheer size of Dogger Bank illustrates just how large the environmental and economic opportunities are in the North Sea for the U.K.’s world-leading offshore wind industry,” Maria McCaffery, chief executive officer of the RenewableUK industry group, said in a statement.

If built, Dogger Bank Teesside A&B will include as many as 400 wind turbines, support hundreds of jobs in northern England and provide enough electricity for 1.8 million homes, the Energy Department said in a separate statement.

Forewind said that the project will help to create as many as 4,750 jobs and generate 1.5 billion pounds of benefits for the U.K. economy. The development, on an area of about 600 square kilometers (232 square miles), will be connected to the national grid at the existing Lackenby substation, it said.

Each of the two farms at Teesside A&B will cost 3 billion to 4 billion pounds, according to Sue Vincent, a spokeswoman for the project. Construction for both farms has to start by August 2022 under the terms of the consent, she said.

The biggest offshore wind farm currently in operation is the 630-megawatt London Array. Britain has more installed offshore wind capacity than the rest of the world put together, according to Global Wind Energy Council figures. The U.K. had about 4.5 gigawatts of capacity out of a global total of 8.8 gigawatts at the end of 2014.