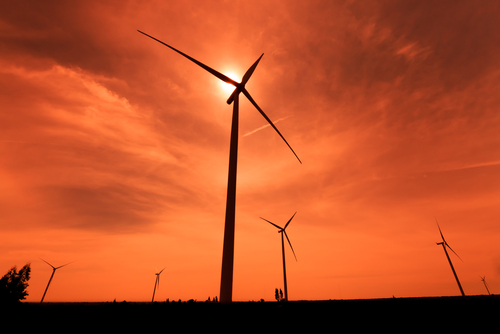 LONDON — Prime Minister David Cameron named a vocal opponent of onshore wind farms to a junior post in the U.K. energy department, reinforcing his Conservative government’s effort to halt the spread of turbines in rural areas.

Andrea Leadsom, who has campaigned against “intrusive wind farms” in South Northamptonshire constituency in central England, will report to Amber Rudd, who was named as the Cabinet minister in charge of energy on Monday.

The two will work to balance Britain’s growing energy needs and stricter pollution rules against the demands of rural voters who voted overwhelmingly for the Conservatives. Some of those voters have raised concerns about the spread of wind farms that they say blight the landscape under the previous two governments, which encouraged the technology as the cheapest way to generate low-carbon electricity at scale.

“Whilst renewable energy has an important part to play in providing energy for our 21st century needs, we have got to stop building incredible insensitive and intrusive wind farms on top of local communities,” Leadsom says on her website. “In the future, I want to see a proper consultation process and the opportunity for communities to say no.”

Rudd, who was promoted from a junior ministerial role to lead the Department of Energy & Climate Change, worked with the Liberal Democrats in the previous coalition government and stuck closely to the government script encouraging all forms of energy, especially renewables and nuclear power.

If Rudd’s appointment reassured the renewable energy industry about the continuity of government policy to cut carbon emissions, Leadsom’s elevation is a reminder of the manifesto promise Cameron’s party made to halt subsidies to wind developments on land.

Before the election, those promises prompted Ecotricity Group Ltd. Chief Executive Officer Dale Vince, a donor to the opposition Labour Party, to call the Conservatives “an existential threat to the renewable energy industry.”

Leadsom’s appointment was announced on the Twitter feed of Cameron’s office. Her role hasn’t yet been defined, and so far she’s the only junior minister to be named at DECC. Previously, two ministers Rudd and Matthew Hancock, served as junior ministers at the department.

Hancock was moved to a role at the Cabinet Office in charge of civil service reform.