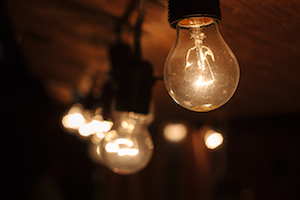 The U.K. had its first full day without burning coal to make electricity since the Industrial Revolution more than a century ago, according to grid operator National Grid Plc.

The country is getting half of its electricity from gas power plants, 30 percent from renewables and interconnectors and the remainder from nuclear plants, according to Duncan Burt, head of operate the system at National Grid.

The U.K. was an early adopter of renewable energy and has more offshore wind turbines installed than any other country, as well as fields of solar panels with as much capacity as seven nuclear reactors. The government aims to switch off all coal plants by 2025.

“It’s really down to the growing levels of renewables,” Burt said by phone. “We have solar and wind displacing traditional fossil fuels. We’ll start seeing these days more regularly, especially in June and July when it’s sunny.”

Neighboring countries have similar agendas and energy companies across the continent closing and converting coal-burners at a record pace. Europe’s use of the most polluting fossil fuel is drying up quicker than many expected.

“A decade ago, a day without coal would have been unimaginable, and in 10 years’ time our energy system will have radically transformed again,” Hannah Martin, head of energy at Greenpeace U.K., said in an email.

Action against climate change is the primary reason for the shift to cleaner energy. European Union members have to meet a target to generate 20 percent of their final energy consumption from renewable sources by the end of the decade.

European countries are furthest ahead in greening their power systems. Britain generated more power from the sun than from its coal fleet last July.