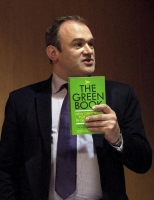 Birmingham, UK Speaking at the Renewable UK conference in Birmingham this week, UK Energy Secretary Ed Davey confirmed plans for the development of up to 39 GW of offshore wind capacity in UK waters by 2030.

“Offshore wind will be a crucial part of our energy mix well beyond 2020,” said Davey, adding: “Our draft Delivery Plan set out a scenario showing up to 39 GW of offshore wind by 2030.”

He also moved to reassure the industry and potential investors of the UK government’s long-term commitment to the wind industry in the face of a review of some green energy support measures announced recently.

“So let me make this crystal clear,” said Davey, “there should no doubt about the government’s commitment to renewable energy as part of a cost effective, low-carbon, secure and diverse energy mix. No doubt about the level of support available.” 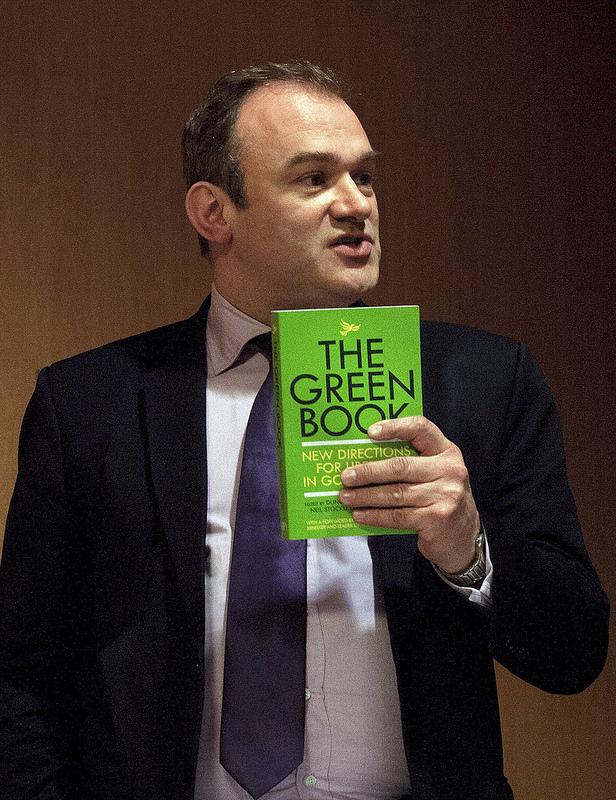 He added: “Let me reassure you as clearly and unequivocally as I can, the current review is not about changing investment incentives for renewables, such as the Renewables Obligation, Contracts for Difference or the Feed in Tariffs scheme.”

Again referring to offshore wind he said: “I understand the concerns that have been raised on the support package for offshore wind – in particular the draft strike prices. We are taking your responses into account as we work to finalise the EMR [Electricity Market Reform] Delivery Plan.

Davey continued: “The private sector has announced investment of £31 billion [$50 billion] in renewable electricity generation over the last three years, and the UK remains one of the most attractive electricity investment markets anywhere in the world.”

He noted that renewable energy capacity in the UK has increased by almost 40% since 2012, with renewables now supplying more than 15 per cent of electricity generation.

However, Davey was also explicit in demanding affordability from renewables, saying: “Investment in innovation now will improve the affordability of the technologies we deploy in the future; reduce bills for households and businesses; and strengthen energy security by offering a range of technology options for the UK to deploy.

“Successful innovation could save the UK up to £160 billion in energy supply costs to 2050 and contribute up to £89 billion to the UK economy over the same period.”

Technology innovation analysis highlights that by 2050, offshore wind innovation alone has the potential to deliver cost savings of £45 billion and business creation for the UK worth £18 billion, Davey said.

He also announced that four offshore wind projects will receive a share of £2.5 million ($4 million) of investment by government to develop technologies which will continue to drive down the cost of offshore wind energy.

He continued: “Renewable energy is still more expensive, megawatt for megawatt, than other conventional technologies. This is normal for a developing industry. Indeed, we expect it. Our policies assume it. But nobody – least of all the industry – should expect that subsidies will remain for one moment longer than necessary.”

Commenting, RenewableUK’s Chief Executive Maria McCaffery said: “Davey made it clear that wind plays a crucial role in the UK’s energy portfolio and that role will continue to increase in importance in the years ahead. The investment he announced is particularly timely, as we are straining every sinew to drive down the costs of offshore wind even further by encouraging innovation in areas where breakthroughs are taking place.”

As Davey spoke, his department published an update to the Renewable Energy Roadmap and research which showed that 76 per cent of the public support the use of renewables.

Since 2010, £31 billion worth of private sector investment in renewable electricity has been announced with the potential to support over 35,000 jobs across the UK.

In a related development, the Carbon Trust’s offshore wind accelerator (OWA) has been commissioned by offshore wind developers in the UK, The Crown Estate, Marine Scotland and the Department of Energy and Climate Change (DECC) to form the Offshore Renewables Joint Industry Programme (ORJIP).

Created to reduce the consenting risks for large-scale offshore wind farms during the Round 3 and Scottish Territorial Waters processes and beyond, the ORJIP programme will see £3 million ($5 million) of public and private sector funding invested in research over the next three years.

ORJIP will initially focus on two work streams related to bird collision risk and avoidance rate monitoring and investigating the use of deterrent devices and injury avoidance mitigation for marine mammals during piling works.