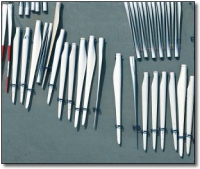 The UK has embarked on some of the most ambitious plans in the world for renewable energy – with wind power providing the lion’s share of this clean energy. And like every major government plan, not everyone is smitten by it. In a report published this month, England’s Royal Academy of Engineering (RAE) says that electricity from offshore wind farms, currently the most viable renewable source, will cost at least twice as much as that from conventional sources. The British Wind Energy Association (BWEA) however, was quick to dismiss the research, saying it flies in the face of research conducted for the UK government’s Energy White Paper.

London, England – April 12, 2004 [SolarAccess.com] The “independent study”, commissioned by the RAE from international energy consultants PB Power, says it puts all energy sources on a level playing field by comparing the costs of generating electricity from new plants using a range of different technologies and energy sources. The UK’s cheapest electricity will come from gas turbines and nuclear stations, costing just 2.3 pence(p)/kWh, compared with 3.7 p/kWh for onshore wind and 5.5 p/kWh for offshore wind farms, said the group. “This may sound surprising,” says Academy Vice President Philip Ruffles, who chaired the study group, “especially as we have included the cost of decommissioning in our assessment of the nuclear generation costs. The weakness of the Government’s Energy White Paper was that it saw nuclear power as very expensive. But modern nuclear stations are far simpler and more streamlined than the old generation – the latest are only about half the size of Sizewell B – and far cheaper to build and run.” Onshore wind in the UK already generates electricity at prices competitive with new conventional generation technologies, including nuclear, BWEA countered. While offshore wind, initially more expensive, is starting to fall, with the general consensus that prices will reduce dramatically by 2020. The current costs of onshore wind, at 3.1 p/kWh are significantly lower than the recent figures produced for the DTI on new nuclear build (3.7p/kWh). In relation to nuclear power, BWEA notes that the recent Energy White Paper concluded that “the current economics of nuclear power make it an unattractive option for new generating capacity.” BWEA further notes that the RAE report itself states that “Further scrutiny of the commercial claims for nuclear power would be useful because of the lack of data from existing new build projects.” BWEA assumes that the figures quoted for nuclear are based upon reactors that are yet to be built and is not aware of any market experience that proves the costs claimed by the Royal Academy of Engineering. This is in contrast with onshore and offshore wind where real cost data of real existing projects are used to make economic forecasts. The academy also stressed that it is necessary for the UK to provide back up capacity for when the wind does not blow. In this report, the group said they, “have been rather generous with the wind generation figures – we assumed you’d need about 65 per cent back-up power from conventional sources for this study. The Academy has previously called for even higher back-up, more like 75 to 80 percent. Even so the cost of back up capacity adds 1.7 p/kWh to the costs. Onshore wind generation is the cheapest renewable, but with back up, it costs two and a half times as much as gas or nuclear.” BWEA said they were “extremely surprised” by the high figures quoted by the Royal Academy of Engineering for the cost of back up for wind energy. They, “fly in the face” of research conducted for the Energy White Paper, published in the Government’s Performance and Innovation Unit report of February 2002, which quoted a figure of 0.2 p/kWh for a 20% contribution from intermittent generation, more than eight-fold lower than the assumptions made by the Royal Academy of Engineering. The UK’s wind association said this low price for back-up will be further confirmed in a report due to be published shortly, highlights of which were presented to delegates at BWEA’s 3rd annual conference on offshore wind energy last week. The report from the Carbon Trust, commissioned by the Renewables Advisory Board, will conclude that intermittency is not a problem for wind energy at levels up to 10%. Wind, nuclear and biomass generation all have the benefit of not emitting carbon dioxide, and the Academy/PB Power study also looked at the impact on costs of capturing carbon dioxide for all fossil fuels. This could add at least 2 p/kWh for coal-fired generators and 1-2 p/kWh for gas generators. “Coal looks uneconomic in the future,” Ruffles said, “by the time you capture the carbon dioxide it’s going to cost as much as onshore wind.” The RAE study did not consider transmission costs to individual technologies or storage costs for gas to ensure security of supply – the market currently absorbs these through system operating costs or the cost of gas. “The value of our report is that it puts a price on the policy decisions we must take to sustain a vibrant economy, avoid the lights going out and meet our emissions targets,” Ruffles said. “The report does not take sides in the energy debate but it does introduce transparency. People need to appreciate the real costs of generating electricity including wind power which may be, as the Renewables Innovation Review said last week, our best hope for renewable technology until 2020.” And no one’s more sure of it than BWEA. “The UK is blessed with the most cost effective wind energy resource in Europe and at long last has a political commitment to develop it in response to concerns over energy security and the urgent need to address climate change,” said Marcus Rand, CEO of BWEA. “Onshore wind energy is already cheaper than the DTI’s projected figures for new nuclear and offshore wind energy is due to reach the current low costs of onshore by around 2015 according to the recently published Renewable Innovation Review. The future for wind energy in the UK is positive so long as political and regulatory support is maintained in the coming years. Over the next two years the UK wind industry will be installing new projects, onshore and offshore, equivalent to over 1,000 MW and by 2010 is expected to be generating between 6-8% of the nation’s electricity requirements in a safe and secure way.”