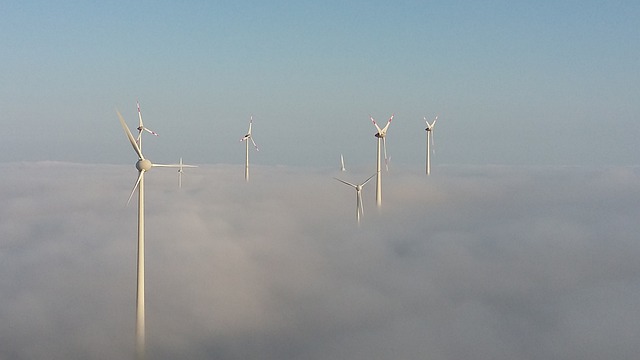 The U.S. wind industry installed over 1,8000 MW of new wind power capacity in Q1 2020, while also setting record construction and PPA activity despite COVID-19, according to the Wind Powers America First Quarter Report 2020.

The American Wind Energy Association (AWEA) report reveals that U.S. project developers doubled the amount of wind capacity in the first three months of 2020 compared to the first quarter of 2019. Developers also started construction on 4,124 MW of wind power capacity, bringing total construction activity to 24,690 MW, a new record and an 11% increase from the previous quarter.

An additional 19,751 MW are in advanced development, including 8,296 MW of offshore wind.

The first quarter of 2020 saw notable advancements in turbine technology, such as Vestas V150-4.2 machines installed at the Arbor Hill project in Iowa and the Timber Road IV project in Ohio.

In relation to offshore wind, Virginia passed a law to develop 5,200 MW of offshore wind by 2034. Also, Massachusetts utilities signed contracts for the 804 MW Mayflower Wind project and Maryland opened its second round of offshore wind applications.

Earlier this month, AWEA released its Wind Powers America Annual Report 2019, which revealed that U.S. wind energy supports 120,000 American jobs, 530 domestic factories, and $1.6 billion a year in revenue for states and communities that host wind farms. In addition, the annual report said that wind energy is now the largest provider of renewable energy in the country.

Nevertheless, the AWEA analysis states that COVID-19 is putting an estimated 25 GW of planned wind projects at risk, representing $35 billion in investment. This includes the potential loss of over $8 billion in rural communities in the form of state and local tax payments as well as land-lease payments to private landowners.

The industry will continue working with Congress and other renewable energy companies to address the challenges of COVID-19 and to ensure projects have the flexibility to continue development.

“America’s largest source of renewable electricity is poised to build on its 50-state footprint of job creation and economic development and to continue bringing reliable, clean, and affordable electricity to communities across the country,” said Tom Kiernan, CEO of AWEA. “While we continue working to mitigate the challenges of COVID-19, the wind industry is committed to investing in the U.S. economy and keeping the lights on for millions of Americans.”