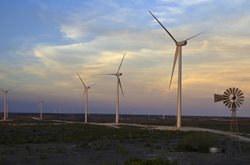 The wind industry has a record amount of generation set to come on line in the near future, with 35,135 MW of wind capacity either under construction or in advanced development across 31 states.

America’s offshore wind sector is also poised to rapidly scale up from the current single, 30-MW project to six offshore wind projects totaling 2,101 MW that are expected to be operational by 2023. And at the end of 2018, project developers had a potential offshore wind pipeline of more than 25,500 MW.

In addition, the report reveals that U.S. wind power supports 114,000 American jobs and more than 500 domestic factories and provides more than $1 billion a year in revenue for states and communities that host wind farms.