More
Home Wind Power Offshore US Offshore Wind Farms Will Be Constructed by US Oil and Gas... 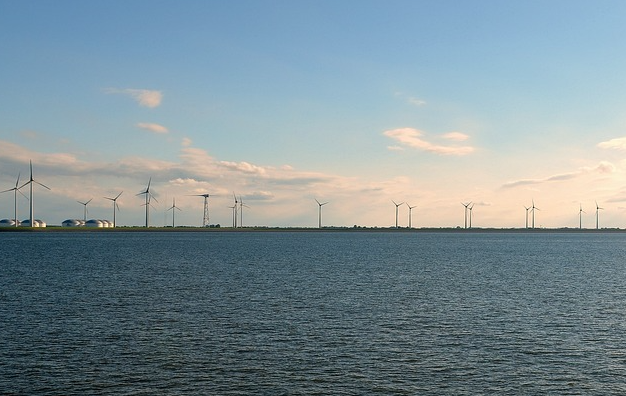 Jeff Grybowski is CEO of Deepwater Wind, the company that built the first offshore wind farm in the United States, currently generating energy off the coast of Rhode Island. He’s not at all concerned about finding the supply chain to construct his next project, the 90-MW Deepwater ONE South Fork wind farm, which was approved last month by the Long Island Power Authority (LIPA).

“No, I’m not worried about it at all,” he said in an interview last fall at the American Wind Energy Association (AWEA) Offshore Wind Conference.

Grybowski plans to use experts from the U.S. offshore oil and gas industry to build his new project, just as he did when he built the Block Island Wind Farm (BIWF). Montco, Gulf Island Fabricators, Keystone Engineering, and Blue Water Shipping are just some of the offshore oil and gas companies that played a role in building the BIWF.

The head of construction for Deepwater Wind, Chris Van Beek, comes from the offshore oil and gas industry, said Grybowski, and has very good connections within that industry. In addition, the transferable skills are vast.

“From a construction perspective, it doesn’t matter if you are putting a drill rig on top of [a foundation] or a wind turbine, it’s the same thing,” said Gryboski, adding “Houston, is all about building big things offshore.”

Deepwater Wind holds a lease of about 250 square miles that is located about 15 miles east of Block Island. The company estimates that it holds about 1500 MW of wind power potential capacity. The 90-MW South Fork Wind Farm will be just the first in a long effort to build out that capacity.

In addition to Deepwater, other large developers are snapping up leases for offshore wind development. DONG Energy, the largest offshore wind developer in the world holds a lease of about 300 square miles that is located about 55 miles also off the coast of Massachusetts. DONG recently partnered with Eversource Energy to build Bay State Wind, an offshore wind farm that would be located about 15-25 miles south of Martha’s Vineyard. Norway’s Statoil and oil supermajor Royal Dutch Shell are among other oil and gas companies currently getting into the sector.

According the National Renewable Energy Lab’s 2016 Offshore Wind Energy Resource Assessment for the US, the gross offshore wind resource potential for U.S. is more than 10,000 GW. The Offshore WindVision Report released by the Department of Energy in 2016 laid out plans for how the country could build 86 GW of capacity by 2050.

To date, almost all of the offshore wind farms in the world have been built by European companies but Grybowski doesn’t think that using European expertise is the only way to go.

For me, that’s a big thing; a really important aspect of getting this industry moving.”