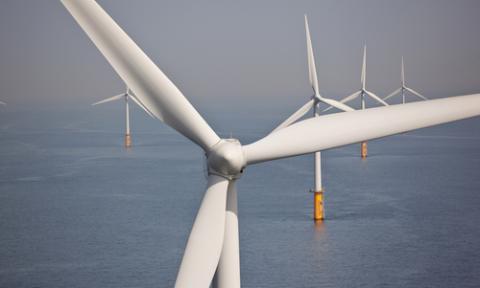 LONDON — The U.K. Green Investment Bank placed 461 million pounds ($767 million) into two wind farms off the British coast to help the developers recycle their cash back into new projects.

The bank’s goal is to “directly invest to help developers recycle their capital into the next wave of newrenewable energy projects,” GIB Chief Executive Officer Shaun Kingsbury said today in an e-mailed statement. It also plans “to create a demonstration effect, which others will follow.”

The cash injection from the bank and Marubeni is a boost to the U.K. offshore wind industry after SSE Plc last week said it was slowing down its pace of investment in the technology, citing “limited” support. Developers have canceled more than 5.5 gigawatts of planned capacity since November.

The bank “is playing a game-changing role in financing our transition to a green economy,” U.K. Business Secretary Vince Cable said in the statement. The bank has now invested more than 600 million pounds in five offshore wind farms, helping to mobilize 1.3 billion pounds in total, he said.

The U.K. government is relying on offshore wind power to help the country meet its binding renewable energy and emissions reduction targets. Ministers have said 10 gigawatts of total capacity is possible by 2020, up from 3.7 gigawatts at the end of 2013, or more than half of global capacity.

Projects canceled in the past half year include farms that would be in deep waters or far out to sea, and therefore harder to build. The industry group RenewableUK estimates there’s still a pipeline of U.K. offshore wind projects totaling almost 15 gigawatts.

German manufacturer Siemens AG on March 25 said it will invest 160 million pounds in two wind-turbine plants in northern England to tap the world’s biggest offshore wind market, in a sign of confidence in the U.K industry. The 210-megawatt Westermost Rough plant will use 6-megawatt Siemens machines, the Green Investment Bank said.

Dong put the value of the 50 percent stake sold at 240 million pounds, and said that the total transaction with the bank and Marubeni will reach about 500 million pounds, when construction costs are included.

“Today’s agreement enables us to free up capital to continue our investment program and meet our 2020 target,” Sam Leupold, executive vice president of Dong’s wind business, said in an e-mailed statement. “By 2020 we want to triple our installed capacity of offshore wind.”

Today’s deal is Dong’s first with the investment bank, and its second with Marubeni, after selling the Japanese company a 49.9 percent-stake of the 172-megawatt Gunfleet Sands offshore wind farm in 2011.

RWE’s 576-megawatt Gwynt y Mor project is in late stages of construction and will also use Siemens turbines, the bank said.

“This is planned to be the second direct investment from the Green Investment Bank into one of our U.K. offshore wind farms,” Hans Buenting, chief executive officer of RWE’s Innogy unit, said in the bank’s statement. “Our aim is to raise additional capital for the extension of renewable energy.”