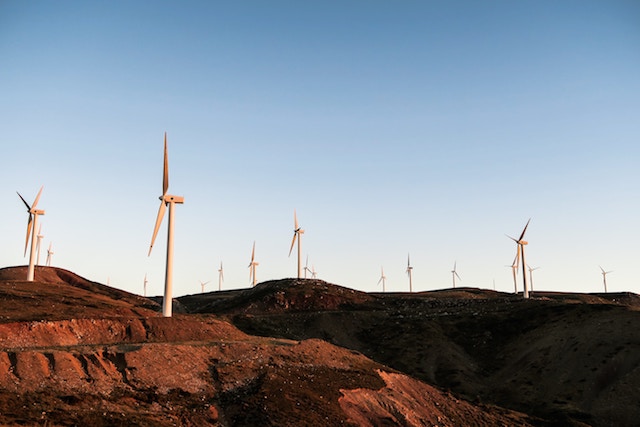 Tucson Electric Power (TEP) is building a 247-MW wind farm that will help the company more than double its use of renewable energy by 2021. The company hired EDF Renewables North America to construct it in a Build and Transfer Agreement (BTA) worth approximately $370 million.

The 247-MW Oso Grande Wind Project will be built in southeastern New Mexico and when combined with other existing and planned wind and solar projects, Oso Grande will give TEP enough clean energy to power more than two-thirds of Tucson homes, according to the utility.

When the project is complete, TEP’s renewable energy production is expected to exceed 28 percent of its retail sales, a level that would more than double the state requirement for 2021 while approaching the 30 percent goal TEP has planned to achieve by 2030.

“This new wind farm will complement our many solar arrays, producing some of its strongest output during the morning and evening hours when we have little or no solar production,” said Erik Bakken, Vice President of System Operations and Environmental. “We’re building a balance of solar and wind resources that better matches our customers’ energy use patterns, helping us deliver more clean energy for less money.”

EDF Renewables North America will develop the system for TEP. The project was selected through a competitive bid process and will qualify for federal tax credits that are expected to recoup more than two thirds of its cost over its first 10 years of operation, savings that will be passed along to TEP’s customers.

“We’re capitalizing on a unique opportunity to develop this valuable resource at an attractive cost, helping us maintain affordable service for our customers,” Hutchens said.

The Oso Grande project will include 61 turbines installed on 24,000 acres southeast of Roswell, N.M. The system’s output will be delivered to Tucson through existing transmission lines that connect to TEP’s transmission system in eastern Arizona. Construction is expected to begin later this year, and the system should be online by the end of 2020.

Over the next two years, TEP’s clean energy resources will be boosted by the Oso Grande wind farm and two other large new projects expected to come online in 2020:

Large-scale wind and solar project development is on the agenda at the next POWERGEN International, set for New Orleans, November 19-21, 2019. Learn more about the event here.