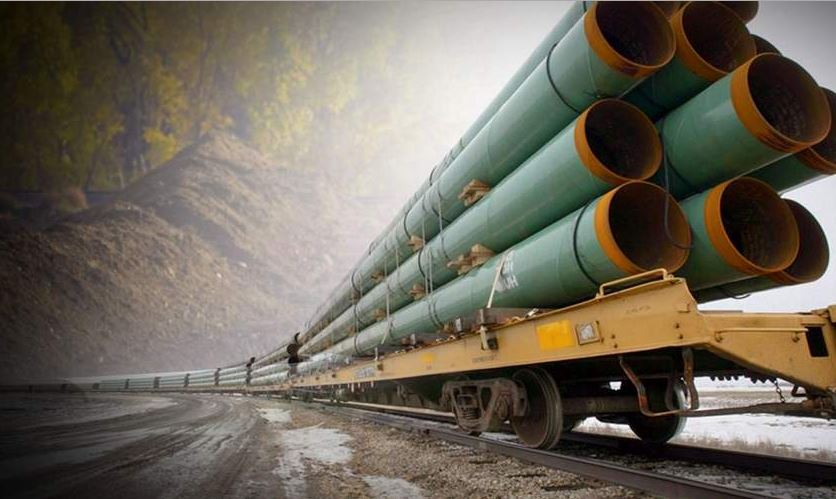 President Trump finalized a new rule which could completely overhaul a longtime environmental policy which required federal review on the impact of infrastructure projects to climate change.

The National Environmental Policy Act was enacted under President Nixon and has not had a major rule challenge introduced in more than four decades. President Trump said it was time to remove some of the barriers to getting energy and infrastructure projects moved forward, such as pipelines, roads, bridges and energy transmission systems.

His statement on the new rule focused on the delays the current NEPA, in addition with other federal and state rules, causes to developing and completing projects.

“For decades the single biggest obstacle to building a modern transportation system has been the mountains and mountains of bureaucratic red tape in Washington, D.C.,” Trump said. “All of that ends today.”

Some observers of the action believe it could undermine or weaken the federal oversight not only on climate change, but the health and welfare of citizens close to the projects. U.S. Sen. Maria Cantwell, D-Washington, said in a statement that the proposed rollback would negatively impact both environmental and health  standards.

“Currently, NEPA requires the federal government to evaluate the full environmental, economic, social, and public health impacts of proposed federal action to prove they are in the public interest and represent a wise use of taxpayer dollars,” Cantwell said in the statement. “The changes finalized by the Trump administration would limit the ability of citizens to provide comments and help improve projects during the NEPA review process,  narrow the number of federal projects subject to NEPA reviews, exclude cumulative climate impacts from consideration in future NEPA reviews, and create artificial deadlines and page limits.

“These changes could help jam through controversial projects while limiting public input and judicial review,” the Washington senator added.

President Trump was joined in his announcement of the rule proposal earlier this year by several trade union, agricultural and transportation industry leaders, including presidents of the North America’s Building Trades Union, National Cattlemen’s Beef Association and the American Trucking Association.

The president then noted that several major infrastructure projects of the distant past, such as the Golden Gate Bridge, only took a handful of years to build. Construction on the Golden Gate Bridge lasted four years, but the debate, design and planning phase started about a decade earlier.

Washington, DC-based Baker Botts attorney Jeff Wood, former Acting Assistant Attorney General for the Environment & Natural Resources Division of the U.S. Department of Justice under President Trump, applauded the proposed new rule simplifying the regulatory layers under NEPA. He noted the Dakota Access Pipeline was blocked by a judge who cited NEPA as a key part of the temporary delay. (Another judge halted the order).

“NEPA law” today – including the NEPA regulations and the resulting body of case law – has developed into a complex web of reviews and processes, and has increasingly been used in creative ways to thwart energy projects nationwide,” Wood said in a statement. “The outdated NEPA regulations and the often inconsistent NEPA policies and practices of the various federal agencies have afforded project opponents many avenues for seeking to block construction and operation of projects.”

Others say that overhauling and potentially weakening NEPA takes away a singular tool available for smaller communities to battle energy and other projects which they argue will cause damage in their area.