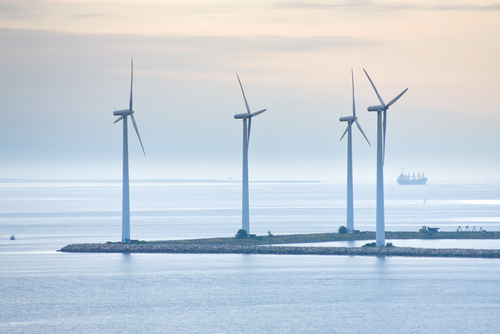 Denmark is a champion of wind power. The country has fostered some of the world’s foremost wind power companies and is estimated to produce or be involved in development of some 90 percent of the world’s offshore turbines.

But as 2020 approaches, the key energy framework that’s delivered much of Denmark’s wind power to date – the Energy Agreement of 2012 – will expire. Whilst the government are engaged with discussion over a replacement policy, industry players are cautiously optimistic over what to expect.

After over two decades of impressive growth, Denmark rounded 5 GW in operating wind capacity in August. That capacity is not especially large, but it is enough to leave Denmark with the highest wind capacity per capita in the world.

While an average of 39 percent Danish energy consumption was covered by turbines in 2014, this year has seen multiple periods in which 100 percent or more of demand was generated through wind power alone.

The success of Denmark’s transition is underscored by its having accomplished all of the above – and much more – alongside decoupling energy use from economic growth.

An Ambitious Framework Draws to a Close

Denmark’s recent renewable transition is rooted in its Energy Agreement: an ambitious framework signed in 2012 that set targets for wind and renewable energy production, goals for energy savings, and a broad series of other energy initiatives and measures leading up to 2020.

In addition to targets defined by proportions of energy that must be renewable, including that half of electricity consumption be generated from wind by 2020, the agreement also demanded new capacity in the form of specific offshore wind projects.

Those three projects remain under development, but in their scale serve as reminders of the certain intent of Denmark, and their attitude towards wind power.

Horns Rev 3, for instance, is a 400 MW offshore park being developed by Swedish utility Vattenfall to be operational by January 2020. Meanwhile, a tender for the massive 600 MW Kriegers Flak offshore park is on-going; with seven groups having prequalified this November to submit final bids next year. Kriegers Flak is slated to be commissioned before the end of 2021 and will be one of the world’s largest offshore parks.

Onshore development was not neglected in the agreement either; with 1,800 MW in new capacity by 2020 driving investments to the tune of some 200 MW new capacity per year between 2012 and 2020.

Altogether Denmark is assured of meeting its target of 50 percent electricity consumption from wind power by 2020. Danish transmission system operator Energinet.dk forecast some 6.4 GW wind capacity by the beginning of the next decade.

With the expiration of the Energy Agreement looming, the Danish government have called for an Energy Commission to be established in January next year to investigate possible routes for new policy.

Martin Risum Bøndergaard, senior advisor at the Danish Wind Industry Association explained: “Their focus is on producing a new framework for post-2020 energy policy; this will be followed by political debate, with a decision on a new energy agreement expected in 2017 or 2018.”

In that case, there’s uncertainty surrounding the role of wind power in the forthcoming policy, with “important aspects unknown until the Energy Commission conclude their work.”

However, it’s more the precise details of how wind capacity will feature that are unknown, rather than a question of whether it will at all.

As Bøndergaard observes, “Wind power is the favoured direction in Denmark – that’s unlikely to change. All scenarios forecast significantly more wind, the only question is how fast it will go.”

By Energinet.dk’s estimate, too, wind capacity will nearly double from present levels by 2030 to 9.2 GW.

Confidence in an expansion of wind capacity is given by goals already set for beyond 2020 that necessitate new capacity. Denmark aims to phase out coal consumption at power plants and oil burners by 2030, and cover all electricity and heat supply through renewables by 2035.

“There’s no question of the importance of these and the 2050 goal for encouraging investments [in Danish wind],” Bøndergaard said.

A prominent question then is if the Commission will favour large-scale tendered projects, the likes of Kriegers Flak; or whether capacity targets, such as those set in 2012 for onshore build-out, will feature.

Onshore is by far the cheapest form of electricity in Denmark, but land is at a premium – a point motivating offshore development in spite of its being almost twice as expensive. Answers are all the harder to imagine given that the current subsidy financing offshore – the Public Service Obligation – is due to be overhauled next year; while the onshore subsidy scheme ends in February 2018.

Despite the unknowns of future policy, stakeholders in Danish wind remain confident for both onshore and offshore development.

Vattenfall, for one, are optimistic. The company are a major stakeholder in the region, operating a majority of Danish onshore and much of its offshore capacity. Looking towards the new policies, Peter Tornberg, director of Vattenfall’s Nordic Wind Project Development remarked, “The future is bright for wind power in Denmark – we’re looking forward to opportunities that will surely arise from new policy frameworks.”

Asked on what drives such confidence, Tornberg said simply: “It’s reasonable given conditions in Denmark. It’s the cradle of wind power – onshore and offshore – with an excellent, well-established supply chain, great wind conditions, and security provided by long-standing political support for wind power.”

While his company are “concentrating on strengthening our Danish portfolio of large-scale onshore and offshore projects,” he noted that they are “hoping for a new programme of offshore projects, similar to what was provided in the 2012 Energy Agreement. The tendering process there has proven very efficient, and so we would look forward to continuing to work with it in the next decade.” Vattenfall have done especially well out of the original Energy Agreement’s offshore tenders – winning Horns Rev 3, and prequalifing for Kriegers Flak.

Tornberg highlights another facet of the Danish wind landscape that assures developers that Denmark will remain a hotspot for investment – the need to replace ageing turbines scheduled for decommissioning.

“We certainly expect more and more repowering projects post 2020 – upgrading parks with typically fewer, but more powerful turbines,” he said. With Denmark’s historic position as a first-mover in wind, the coming decade will see some 25 percent of operational turbines reaching the end of their lifetimes before 2030.

Bøndergaard agrees, saying: “Repowering will be important in the political discussion to be had. Considering the amount to be decommissioned, before any target for new capacity is set, this at least signifies a large volume of required investment. We would expect some sites to be renewed; otherwise, lost capacity may be relocated.”

Currently Vattenfall are engaged in one such repowering project in Denmark – actually the largest in the Nordic region to date – replacing 35 older 600 kW turbines at the 70.4 MW Klim wind farm with 22 direct drive 3.2 MW turbines.

He continued, “The traditional electricity market model, and grid infrastructure, simply isn’t built for large amounts of variable renewable energy. In order to now make the best use of the renewable capacity we have in Denmark, a focus must be on developing a market that’s optimized for it.”

Earlier this year, interconnect capacity between Denmark and Norway was increased by 70 percent to 1,700 MW via Skagerrak 4 – a 140 km HVDC submarine cable.

There’s more substantial development in the pipeline too. A mammoth 700 km interconnect to the U.K., dubbed Viking Link, is under development; while a 700 MW interconnect to the Netherlands, COBRAcable, is already under construction and expected to be connected in 2019. Both projects have been acknowledged by the European Commission as ‘Projects of Common Interest,’ leaving them eligible for EU funding and streamlining their development.

Kriegers Flak is another example of this mindset. Its unique combined grid solution renders the plant as a hub connecting the two mainlands; enabling greater transmission between Denmark and northern Germany. It’s a much needed development considering that the existing links are insufficient to handle the large amounts of renewable energy generated in the region. Bloomberg estimate Nordic generators are missing out on some $87 million in annual sales as a result.

That Denmark is investing heavily in enhancing international transmission infrastructure is being taken as a positive indication by wind developers invested in the region.

Such work Bøndergaard describes as “critical to success of deploying new wind capacity since a more integrated electricity market will lead to higher prices in Denmark and thus reduced subsidy-expenses.”

Against a backdrop of historically low electricity prices in the Nordic grid reducing returns for wind developers, and concerns for expenses incurred by taxpayers financing the Danish transition subsidies, these developments are securing the foundations for how future wind projects will remain profitable and cost-effective.

A Hint of Things to Come

This month, industry group Danish Energy released a white paper outlining a vision for Denmark’s energy sector from 2020-2030. The paper charts a course markedly different from the current Energy Agreement that called explicitly for new wind capacity. Rather, its focus is on methods for incorporating larger proportions of the renewable energy into consumption and transport – initiatives broadly captured by the term electrification.

Contents of the white paper are in line with rhetoric of Lars Christian Lilleholt, Denmark’s Minister of Energy, Climate & Supply. Since his party’s election to government earlier this year, Lilleholt has consistently highlighted consumption, and not expansion, of renewable energy deserving investment in the coming years.

Such energy discourse is sure to influence the Energy Commission in their preparation of a new energy policy, but Kristensen doesn’t see that situation as detracting investment from renewable expansion.

“It’s not an either or situation. Denmark will continue to pioneer green energy, and wind capacity will grow substantially. This can happen alongside electrification – the two are complimentary to one another,” Kristensen said.

Kristensen too was confident for continued expansion of wind power: “We have a very broad political consensus for renewable build out, and to become fossil-fuel free by 2050. So there’s little doubt over wind development continuing.”

Whatever lies in store for Danish energy policy, going into the next decade Denmark will be better equipped to handle increasing amounts of renewable energy, as well as perform efficiently as what Kristensen describes as a “hub between the Nordic and northern European markets.” As Danish wind capacity is extended, development will be within a environment acutely aware that a successful transition requires holistic solutions.