More
Home Blogs The U.S. at the Climate Summit – Why It Can Work

A paper from the Center for American Progress (CAP), the Obama administration’s favorite think tank headed by Obama transition team leader and former Clinton Chief of Staff John Podesta, says there are 4 reasons for a hopeful attitude toward the Copenhagen UN summit: (1) The U.S. has already laid the groundwork for negotiations; (2) The big emitting nations are ready to cooperate; (3) Existing policies have put the world on the right path; (4) International cooperation in the fight against global climate change will be good for everybody’s economy.

The CAP paper’s authors earlier presented a perceptive list of 9 myth-busters on why the facts support expectations of progress at Copenhagen. The essence of the facts is that (1) this is one world, (2) the developed and developing nations all have to live in it, (3) the means of beating climate change are at hand in the form of New Energy, Energy Efficiency and a cap&trade system to limit greenhouse gas emissions (GhGs) and provide a marketplace though which the caps can be profitably met, and (4) most of the key players at the international summit have demonstrated they realize the community of nations can either (a) profit from transitioning to a New Energy economy together or (b) swim for it individually, clinging to their precious sovereignties as they go down. ::continue:: 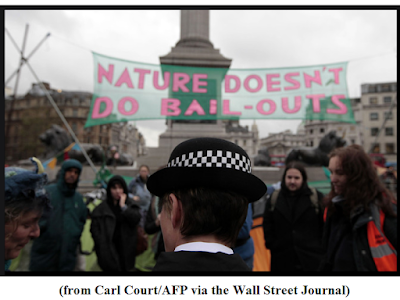 In a separate but vitally related paper, CAP Director of Policy for Agriculture, Trade and Energy Jake Caldwell offered a set of rationales for rural America’s endorsement of participation in an international climate agreement. His point is simply this: What’s good for the climate – in the form of doing agriculture, livestock and land management in a way that maximizes protection of GhGs and minimizes production of GhGs – is good for the farmers’ bottom line because they can profit like bankers by providing offsets, leasing their land for New Energy installations and reducing their energy bills.