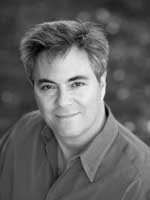 The 2007 baseball season opens this month, and fans in Texas are excited about the return of home run slugger Sammy Sosa. Sosa’s back with the Texas Rangers for the first time since 1989, when a former team owner named George W. Bush traded him to Chicago, where he hit most of his 588 career home runs and became the toast of the town in the late 1990s. Texas is also the focus of much excitement in clean-tech right now — and more than a little intrigue.

What will happen with the proposed $45 billion leveraged buyout of TXU Energy — arguably the most significant deal in the history of the U.S. utility industry? Significant not just because of its record size, but because of its vast implications for the future of clean energy. In late February, legendary buyout specialist Kohlberg Kravis Roberts (KKR) and private equity investor Texas Pacific Group announced their historic offer, under which TXU would scrap plans for eight of its 11 proposed coal-fired plants, seek renewable energy sources (mainly wind) to replace that generating capacity, and commit $400 million over five years to demand side management and other efficiency measures. Texas Pacific partner William K. Reilly, the noted clean-tech investor and former EPA head, helped create the deal with the input of Environmental Defense and the Natural Resources Defense Council, who were among the chief opponents of TXU’s original plans for coal. This stunning deal rocked the energy world on a myriad of levels. Could a good old 1980s-style LBO (leveraged buyout), involving KKR no less, be the path to a much cleaner energy future? Could it send a market signal that would cause other utility giants to think twice about their future plans for coal (which already faces serious financial risks from potential greenhouse gas caps)? Most importantly, would it open a new era of hypergrowth for wind, solar, and other clean-energy sources to replace coal? “Wind has the potential to help fill the shortfall,” Texas land commissioner Jerry Patterson, whose job includes leasing state-owned land for wind farms, told the New York Times. “Every day that passes, renewables make more economic sense.” Successful completion of the deal could transform one of the nation’s largest electricity providers — one rarely known for clean-tech leadership — into a major player in wind-power generation, efficiency initiatives, and possibly other clean-energy sectors. And the genesis of that transformation — a unique coalition of Wall Street financiers and fervent (yet highly respected) environmental advocacy groups — sets a major precedent for the forces of clean tech and sustainability going forward. In our forthcoming book The Clean Tech Revolution, Ron Pernick, co-founder of Clean Edge, and I describe the emergence of big financial firms like Goldman Sachs (also a player in the TXU deal) and Australia’s Macquarie Bank as powerful leaders in the growth and development of clean energy worldwide. The TXU deal could shift that trend into an even higher gear. When feasible, clean tech and environmental advocates battling fossil-fuel mavens could follow this new “if you can’t beat ’em, buy ’em” approach. But like Sammy Sosa’s baseball career, plagued by declining performance and steroid use allegations the past few years, the TXU story is not that simple. Rival bids that don’t include a move away from coal, possibly from heavy hitters like the Blackstone Group and Carlyle Group, are emerging (TXU has until April 16 to solicit such bids). Some think a new TXU may focus much more on nuclear power and natural gas than on wind and other renewables. There have been hints that the SEC is looking into insider trading at TXU before the buyout deal was announced. And earlier this month, the Texas Public Commission said TXU should pay a record $210 million in fines and refunds because of alleged energy price manipulation. In other words, it’s a complicated, messy situation sure to take many twists and turns as it plays out over the next several months. I won’t predict who will play in the 2007 World Series, and I won’t speculate on the ultimate ownership and direction of TXU. But its fate certainly has the potential to be a breakthrough event in the progress of the clean-tech industry. Years from now, we may look back on this deal as a key tipping point — one that changed the way utilities view their future sources of energy. Clint Wilder is contributing editor at Clean Edge, a research and strategy firm in the San Francisco Bay Area and Portland, Oregon, focused on the business of renewable energy and other clean technologies. The upcoming book by Wilder and Clean Edge co-founder and principal Ron Pernick, The Clean Tech Revolution: The Next Big Growth and Investment Opportunity, will be published in June 2007.