Hamburg, Germany — With the European offshore wind industry set to continue to grow and the region seeing the emergence of global industry players, it is time to pay serious attention to training the industry’s next generation.

According to a newly released Emerging Energy Research (EER) market study, the global offshore wind sector is expected to dramatically expand over the next decade, with the total installed base expected to generate nearly 45 GW by 2020. The report also revealed that the large European wind energy players are dominating the industry for now, led by the UK, and followed by Germany, Sweden, the Netherlands, Belgium and Denmark. 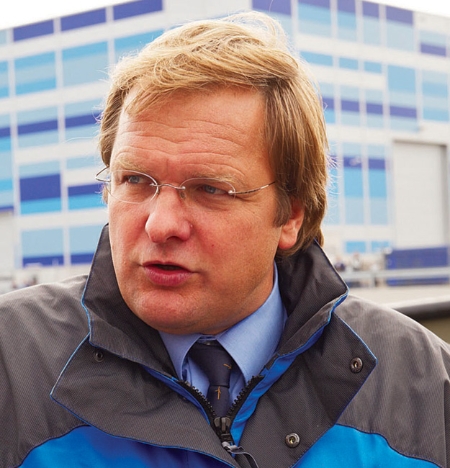 However the sector is also set for offshore developments in North America and Asia. Between 2010 and 2020 for example, North American and Asian energy players, presently looking to Europe for cost benchmarking and technology, are forecast to install almost 25% of the new offshore wind farms to be built worldwide.

It is clear that despite the projected growth of the offshore wind sector, today the global market remains relatively small. There are perhaps only 10 key players which can currently afford to develop an offshore capability as well as manage the risk. This differs greatly from the early days of onshore where in Germany alone, there was a market of over 200,000 landowners potentially looking to develop.

However, despite its relatively small size, its potential for growth far outstrips onshore and demand for talent remains vast, and will grow at an unprecedented rate. Demand will proliferate across the entire supply chain, from consultancy and R&D to operations and maintenance, manufacturing and of course health and safety.

Skilled workers with experience in grid connections, engineering, heavy industry and high-value capital projects will be vital for construction and operations and maintenance roles. Similarly, those with a management or commercial background within the traditional energy sectors will be required to oversee the development of upcoming offshore wind projects.

Due to this growing demand, the global offshore wind sector is suffering widespread skills shortages, both in ‘hard to fill roles’ from commercial directors and project managers to heads of major projects, as well as skilled roles from engineers and technicians, operations & maintenance professionals to health &amp; safety managers.

These skills shortages are causing the industry a number of headaches. Not only do they slow industry growth, they are proving costly for global manufacturers. For example, due to shortages, some manufacturers have to send staff back to domestic training centres, then send them to complete the work after they have been trained.

So how are we going to tackle these skills shortages? Where are we going to find the skills the industry needs? In what sectors should we look for relevant transferable capabilities? How much investment do we need to put into grass roots training and cross skilling, and who is responsible?

Despite the apparent lack of logic, the onshore wind sector is not necessarily the obvious place to look. We have quickly learnt that the offshore wind sector is a completely new and unique industry, requiring distinct technologies, unique capabilities and a whole new set of skills.

There was an assumption in the early days that the onshore wind sector would naturally evolve into offshore, in terms of the flow of technology and skills, but we have really had to start again. This ‘naivety’ was reflected by the German government’s standardised pricing systems across both wind industries. Since 2009 a new graded pricing system has been introduced which better reflects the differences between the sectors, and this has really served to stimulate the offshore wind sector there.

The Solution: Learning from Airbus

My belief is that by working together, Europe can collectively solve its own skills shortages. If we look at the skills capabilities across the leading nations, a clear picture begins to emerge. Take the UK for instance. Britain’s oil and gas and ‘marine’ heritage has lead to strong capabilities across a number of areas from installing and maintaining deep water structures, laying sub-sea cables, maintaining oil rigs, servicing underwater structures and constructing platforms or ‘jackets’ as they are more commonly known.

In addition, the UK leads the way in testing prototypes at the EMEC up in Orkney, as well as developing smart grid technology that makes more efficient use of current grid infrastructures. The UK will therefore be critical for supplying operations and maintenance (O&M) personnel to the sector in the future, and will be able to export these skills worldwide.

However at the moment the UK still lacks a manufacturing capability, with the majority of turbine parts built either in Germany or Scandinavia. These regions have over 20 years’ experience building and testing turbines, for both the onshore and offshore sectors. However, due to underdeveloped marine based industries, Germany and Denmark lack many of the operation and maintenance skills required post installation.

The solution is clear. We need to start pooling our resources, and create a European centre of excellence based on the Airbus model where skills, technology and capabilities can be shared across international borders.

At the moment the industry is a little too introspective, with each player looking at how they can solve their own skills shortages using internal resources. There is a fear that domestic jobs will be lost to foreign competitors but there is far greater, long-term benefit gained through collaboration and unity.

We must also collectively invest more in skills training and ‘cross-skilling’ through apprenticeship schemes, training programmes and other employment incentives. Wind energy companies must be willing to recognise the value of transferable skills, and invest in their own training schemes, and governments must provide the incentives and financial support to stimulate the transfer of these skills.

In addition to cross skilling, there also needs to be greater investment in developing technical training colleges to develop grass roots talent. In the UK, REpower and a number of other manufacturers have already launched an ambitious apprenticeship scheme with Carnegie College in Scotland, but more needs to be done.

I believe one of the most effective training tools will come from our existing hubs of enterprise and development. Throughout north west Europe there are nuclei of skills, expertise and capability being developed around the offshore sector. For example, Scotland has the fabrication yards near Aberdeen where platform ‘jackets’ are built. Bremerhaven has turbine manufacturing micro economies which contain a hot bed of skills and capabilities. These ‘zones’ of enterprise will serve as the training grounds for the next generation of offshore wind professionals.

In addition, manufacturers can work more closely with their clients to assist with skills training. At REpower we have written agreements with our clients to use installed turbines to train our engineers and technicians well after the project has been completed. This is another example of how collaboration will help us solve our skills shortages.

We also need to look to new sectors to find relevant transferable skills — oil and gas is an obvious example, but other regions outside the ‘offshore wind zone’ must also be considered. The Spanish construction industry is a good example. What is important is to develop a healthy balance of skills and capabilities, some developed via grass roots training and apprenticeship schemes, some transferred from construction and oil and gas and others from within the offshore sector itself. In this way we can create a balanced culture of skills and capabilities, rather than over specialism in one or two particular areas. Like most things in life, a balance is key.

Before we can move forward at pace, there are a few teething problems that will require attention over the coming years. One of the most critical is the lack of standardisation across international borders and this is restricting the flow of skills between countries. A service technician trained in Denmark, for example, is not necessarily able to work in Germany, France or the UK. Or a helicopter hoist pilot trained in Germany is not able to fly under CAA rules in the UK. Differences in health and safety standards is another obvious sticking point. Again this is a common symptom of an industry early in its evolution, but it would be useful to create a standardized model that applies across borders.

A Centre of Excellence

With clear planning, committed funding, and good leadership, both from international governments and from within the industry, Europe has the potential to become a centre of excellence for offshore wind skills, expertise that will not only secure jobs for our domestic workforces, but provide an exportable resource to new markets, particularly the US and Asia as they develop their own offshore wind.

But as I have alluded to, our immediate skills shortages will not be solved by looking introspectively. We must work homogeneously, and with a sense of unity to ensure we share our resources and core strengths and build the sector together. This will ensure rapid growth of the European offshore industry, which in turn will help boost emerging sectors globally. Europe is the vanguard and it is our responsibility to create the blueprint for other countries to follow.