More
Home Blogs The holidays are here! Here’s a quick guide for arguing renewables with... 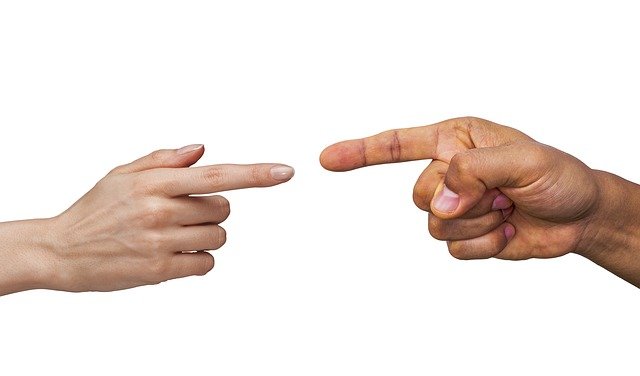 Wind turbines cause cancer! More people have died installing solar than were killed at Fukushima! Electric cars use slave labor! Yadda yadda. We all have one in the family. In case you have Zoom calls coming, here are some ripostes and links I’ve culled over the years to keep your climate crank on the ropes.

1. Renewables Cost Less. Period. The IEA says that solar is on track to be the cheapest form of energy ever. (The IEA, you can add, is not some U.N. backed black helicopter operation: it’s a think tank created by large oil companies.) Not only that, it will be cheaper to build new solar and wind than run existing fossil plant pretty much everywhere in five years, says an analyst firm born on Wall Street.

Even if climate change were a hoax—which it isn’t—renewables would be where the smart money goes.

2. It Is A Fantastic Jobs Engine. There are a lot of jobs and they variety is staggering, ranging from software developer to construction manager and electrician. Two, renewables encourages entrepreneurship. Most solar installers are independents: the big three only account for around 30% of residential U.S. installations. Three,  they are geographically dispersed: Nevada has no natural gas deposits but it does have contractors. Four, renewable jobs pay 25% better than the U.S. median wage.

3. Why? Renewables Are Grounded in Technology Not Geology. With coal, you’re pulverizing rocks and lighting them on fire: Fred Flintstone could have done it. By contrast, solar is a semiconductor that can use software to optimize output and reduce repair costs. Wind is an elegant motor. Technology improves steadily over time. Dirt does not.

4. And They Are Modular. By breaking down complex systems into simple, repeatable and distributable tasks, you can accelerate adoption and lower prices. It worked in PCs and cell phones.

Three people can assemble a residential solar array and the core concepts are similar to those used on massive utility plants. That’s why 115 GW of solar went up last year. By contrast, nuclear and coal plants  are one-off divas subject to the cost overruns and delays. As a result, they will never catch up.

5. But the Sun Doesn’t Shine All The Time And the Wind Doesn’t Blow!  True, but they are somewhat predictable, which has raised performance and output while lowering prices. Intermittency is also mitigated by the law of large numbers. If you have one solar array, cloud cover is a problem. If you have 1,000, the effect gets mitigated.

Fossil has intermittency issues too. California outages from this summer occurred from “unplanned outages” at a 475 MW gas plant.

6. But Renewables Are Really Bad For the Environment! Uh..no. About 85% of a turbine’s materials—steel, copper, etc.—can be recycled. The blades, made of fiberglass, have been challenging, but people believe they can be turned into cement filler and other static materials. In solar, silane is the danger, but most of that nasty chemical is captured and recycled.

But more importantly, look at the carbon payback. For wind, it’s about a year. Solar? One to four years.  Nuclear, coal or gas? Uh…never.

7. And So Are Electric Vehicles! EVs emit fewer emissions while driving even in coal hungry states like Indiana (great chart here) and the well-to-wheel lifetime emissions are better too: manufacturing emissions are offset in 6 to 16 months. Battery recycling has to become widespread, but it’s an economic issue. Recycling will gain popularity as mining costs increase: we saw the same with aluminum.

Oh, and pop the hood on your truck. Note that the engine wasn’t whittled out of wood.

8. But They Can’t Scale Like Nuclear! Other way around. Nuclear is the most expensive form of power there is, costing $155 per megawatt hour, more than solar ($40) or wind ($41), according to a nuclear think tank. MIT says the rise is mostly associated with design changes, not bureaucrats and regulation.

But what about modular nukes? The price on the leading project just rose from $4.1 billion to $6.1 billion and got pushed back to 2030. But thorium reactors! People have been promising to complete once since 1946.

10. Mary Poppins Wasn’t A Real Person. Most of the anti-renewable arguments can be summed up this way: unless renewables can be shown to be practically perfect in every way, we need to stick with older, dirtier, more expensive solutions. But in that case, you’re just deciding to wait for a magical nanny to save you. You should be thinking instead about Bert the Chimney Sweep. He’s covered in soot, probably dying from a respiratory ailment and dragging dust through the house. Let’s get him a new job.

Michael Kanellos worked as an analyst and reporter in renewables for years. He’s now in the chip industry. The opinions he expressed are his own.