More
Home Baseload Bioenergy The headlines that Britain never thought it would see: the UK to... 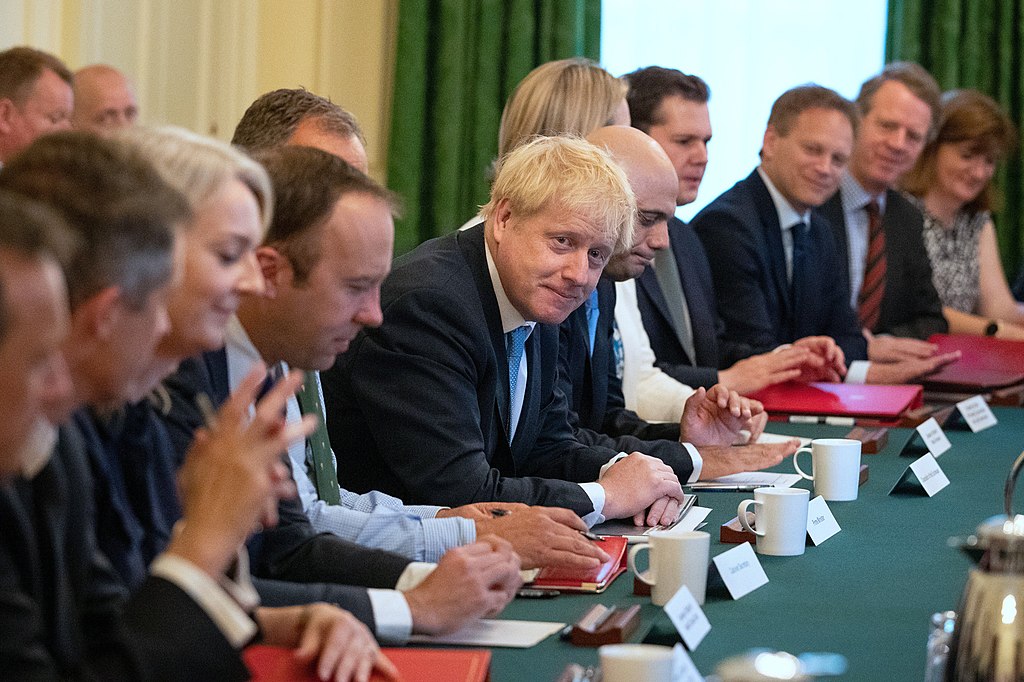 When Boris Johnson led the Conservative party to a landslide victory in December 2019, many across the renewables sector braced themselves for a difficult immediate future.

Over the past decade, the Conservatives have established a reputation for being less than supportive of renewable developments. Since 2010, cuts to the Feed in Tariff have come in waves, and the party also removed tax break incentives for companies holding Renewables Obligation Certificates. Additionally, numerous national renewable infrastructure projects have faltered under Tory leadership. Ground-breaking installations, such as the Swansea Tidal Lagoon, were denied Government support and simply failed to materialise.

‘They have too many connections to the oil industry’ some said. Others alluded to the perceived Tory voter-base famously being ‘NIMBYs’ (‘Not In My Back Yard’), a demographic of rural dwellers and landowners that wanted to keep their countryside clear of renewable ‘eyesores’. On the basis of this, many reasoned that Johnson wouldn’t rock the boat and upset their loyal membership base.

So it’s come as a big surprise to many that some of the biggest leaps, bounds and commitments that Britain has ever made towards a greener UK, have come from the past twelve months.

A year of transformation

In the spring, we saw Westminster shorten the deadline to remove diesel, petrol and hybrid cars from our roads to 2035. This was followed by Michael Gove declaring that the UK held a ‘moral responsibility’ to lead the global ‘Green Industrial Revolution’. Just weeks after that, Johnson announced that the UK would commit to reaching ‘zero carbon’ by 2050 and announced that ‘there can be no greater responsibility than protecting our planet’.

Given the global crisis, most imagined that the environment would be put on the backburner and that all progress by Johnson’s cabinet would lose momentum. But just two months ago, Rishi Sunak announced a £3bn plan to modernise Britain’s homes under the new ‘Green Homes Grant Scheme’. And just weeks ago, the Prime Minister delivered perhaps the biggest bombshell of all. ‘WIND TO POWER EVERY HOME IN BRITAIN BY 2030’ screamed the Daily Mail.

In prioritising a ‘green recovery’ from the devastation of COVID, Johnson has sketched out a plan for the country to become ‘the world leader in low-cost clean power generation – cheaper than coal and gas’. His proposals would see the UK’s homes entirely powered by renewables within just one decade.

He continued that ‘your kettle, your washing machine, your cooker, your heating, your plug-in electric vehicle – the whole lot of them will get their juice cleanly and without guilt from the breezes that blow around these islands.’

Such an announcement, if backed up by strategy and funding, could unleash the wind power equivalent of the ‘Solar Coaster’ of the early 2010s, in which thousands of jobs were created in Britain’s solar industry. Downing Street said the plan would rapidly create 2,000 construction jobs and enable the sector to support up to 60,000 jobs directly and indirectly by 2030 in ports, factories and the supply chains.

The UK’s renewable industry has been invigorated by further evidence of a Tory commitment to clean energy, but many are still understandably sceptical.

John Sauven, executive director at Greenpeace UK, said that ‘delivering 40 gigawatts of power on to the grid by 2030 requires action in this parliament. We now need to see the prime minister’s newly found enthusiasm is followed through by knocking down all the barriers that the offshore wind industry faces in delivering its ambition.’

Ruth Chapman, MD of Dulas agreed, stating that, ‘the ambition looks promising, but we need to see this backed up by galvanising action on the ground. And to achieve what’s needed, that action needs to start happening immediately.’

In response to these appeals for detail, the Government has outlined imminent plans to invest £160m in manufacturing the next generation of turbines, including floating windmills capable of delivering 1GW of energy, over 15 times the current floating offshore volumes worldwide.

Some might question why this Conservative about-turn is happening now. But in fact, green energy is now well aligned with the traditional Tory perspective. We now know that the business case for renewables stacks up, whichever way you look at it. And, of course, Britain also needs to continue to perform as a financial and innovative superpower on the global stage, a fact that ambitious ministers won’t have overlooked.

In typical Boris fashion, the PM has also traced a line of heritage from the days of the empire to today’s energy needs. ‘It was offshore wind that puffed the sails of Drake and Raleigh and Nelson, and propelled this country to commercial greatness’ he stated, perhaps speaking directly to those NIMBY heartlands.

But these policies also speak directly to the new Tory electorate. 2019’s election saw ‘The Red Wall’ of northern England broken for the first time, and Johnson’s cabinet knows that it must also respond to the needs of those newer converts – those who seek jobs and a better life for themselves, their families and communities.

Regardless of politics, and regardless of rationale, the UK needs to change, and rapidly. If this plan comes to fruition, not only will it create a boon for the renewables sector, but it will also create a sustainable and future-proofed nation. Wherever you fall on the political spectrum, that has to be a good thing.