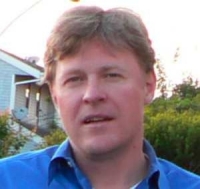 The year 2004 marked the beginning of the solar-age for Germany. In that year alone, 600 megawatts (MW) of solar photovoltaic (PV) electricity systems were installed. Up until 2004, the combined number of all systems ever installed in Germany was 405 megawatts. What caused this explosion in solar installations? It is called the “EEG” (Energie-Einspeise-Gesetz), commonly referred to as a “Feed-In Tariff” in the U.S. Because this renewable energy model has been in place for some time now, it’s possible to analyze and derive value from its real costs to determine if the model is truly viable.

The EEG concept is simple — legislation obligates electric utility companies to purchase renewable energy at set rates (such as solar electricity at about 4 times the market price) over the next 20 years. At minimum, utilities must pay the market rate. So did the poor utilities get suckered? No, absolutely not. They are allowed to redistribute the additional cost to the general public in the form of higher electricity rates — call it hidden taxes. Just to address the obvious suspicion of the critical reader, note that the increase as of 2008 has been a mere EU € 0.007 [US $0.01] per kilowatt-hour (kWh) for German rate payers. It is a well-implemented approach that deserves recognition. The fact that many neighboring countries have adopted their own flavors of feed-in tariff models underscores the overall attractiveness of the program.

So why is the U.S. so timid in dishing out similar incentives? Many in the U.S. believe that the overall cost of such a program makes it economically unwise. Using actual data from the German incentive program as an example, along with some realistic estimates for future growth, it is possible to understand the magnitude of the true cost.

The tariffs paid for green electricity are defined in a table whereby small systems and façade installations get more and large industrial installations and utility-scale ground-mounted systems get less. The tariffs have an annual reduction factor of at least 5%, adjusted as necessary going forward. The starting point in 2004 was an average of EU €0.55/kWh [US $0.86/kWh] guaranteed for 20 years. In 2008 the average tariff has dropped to EU €0.45 [US $0.71]. So, for example, a solar system installed in 2008 will receive EU €0.45 cents/kWh until 2028. All solar PV systems put in service up until end of 2007 account for 3.8 gigawatts (GW) total peak performance.

So how much did the Germans pay for this amount of solar? Let’s first estimate what the total PV electricity production was up until now. In cloudy Germany on average, one kilowatt (kW) of installed PV capacity will generate about 800 kilowatt-hours (kWh) over the year. (Yes, that’s low compared to the approximate 1,600 kWh/year harvested in sunny California.) Approximately 7.5 billion kWh have been generated by solar PV systems in Germany from 2004 through 2007. The price tag in terms of tariffs for this amount of solar energy was EU €3.9 billion [US $6.1 billion]. The same amount of energy would have been purchased from the power utilities for approximately EU €1.2 billion [US $1.9 billion]. That means the “cumulative additional net cost” of the program so far is in the range of EU €2.7 billion [US $4.2 billion]. So 3.8 GW installed for EU €2.7 billion? That is not a bad ratio if compared to other programs, especially considering that the 3.8 GW are actually installed and not simply the wishful thinking or projections what installations might yield.

Looking forward, one might argue that EU €2.7 billion is only the tip of the iceberg and that the remaining 16 to 19 years for those systems’ output plus the additional installations from now on will cause an enormous extra burden. Wrong again! Assuming an aggressive 17% compound average growth rate (CAGR) in installed systems over the next decade and a low-end, realistic annual increase of about 4.25% in general electricity cost over the same period, the critical cross over (or grid-parity) point will be reached as early as 2016. (This is all detailed on the attached chart.) This may of course vary by a few years plus or minus, but it will be reached in the not too distant future. The “cumulative additional net cost of energy” will plateau approximately 8 years after grid parity is reached at around EU €27 billion [US $42 billion]. Furthermore, assuming the 17% CAGR to be a low estimate, the picture doesn’t change much. Due to the fact that the majority of the cost will be realized near the point of grid parity, the impact of a simulated 25% growth in installations will be a mere two to three billion EUR in total additional cost. An amount that would easily be made up by the additional sales tax alone that such a deployment would trigger. (Let alone the income tax and corporate tax as a direct result of the more than 200,000 jobs created by the renewable energy industries in Germany to date.)

To put this in perspective, over the next two decades, German electricity users will pay an additional EU €1.5 billion [US $2.35 billion] per year — this is equivalent to the current amount that the U.S. budget deficit increases per DAY.

The German feed-in tariff approach has demonstrated with hard facts that it is the best, most efficient and most cost effective incentive program there is. In 2007 alone Germany installed more PV systems than the U.S. has ever installed in history.

On a related note, there seems to be something equivalent to the famous “Moore’s law” in computer science going on in solar PV, not in terms of cell performance but in the cost of production. Available statistics seem to agree that the cost per Watt decreases by 20% for each doubling in production capacity. If that is the case, the argument for fast increases in production can’t be over emphasized.

Looking at the program from a pure economic viewpoint (the considerable costs of global warming issues, health risks and energy independence aside), the ultimate measure is the “cumulative additional net cost.” That number shows how much extra money Germany has dished out for green energy from the start of the FIT program. It compares the feed-in tariff payments to the alternative of purchasing electricity from the utilities at market rates. This number is the final “all-in” cost of moving from conventional energy to renewable energy. That final number is around EU €30 billion [US $47 billion]. Using German population figures from 2005, that equates to about EU €363 [US $573] per person over 20 years. So should Germans make such an investment? Most of the “shareholders,” such as myself, approve highly. After all, the cost of securing fossil fuel reserves in various geographic locations around the world seems to be sky-rocketing these days….

Marcus Maedl was born in Stuttgart, Germany to an American mother and a German father enabling him to carry two passports and exposing him to both cultures all his life. In 2003 he was introduced to the solar PV industry in Germany. He started working in sales of photovoltaic systems (PV) for a small company and in 2004 the skyrocketing demand there transformed his role into a freelancing purchasing agent for various project developers in Germany. Equipped with transferable letters of credit, he went on a global sourcing quest for silicon cells. This brought him to China, India and many other interesting places including California, where in 2006 he started the regional office for SunTechnics in Carlsbad, CA. The turbulences of SunTechnics’ mother company Conergy in 2007 contributed to closing of that career path and opening an exciting, new one. As of October 2007, Marcus is heading the newly formed division Applied Technologies – Energy Solutions in Paso Robles, CA. Privately held Applied Technologies Group is a strong and healthy technology and service provider to the oil and gas industry with 36 locations world wide.