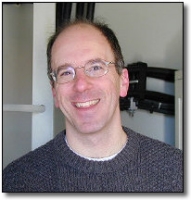 The success of the Town of Hull, Massachusetts with wind power illustrates how opportunities can be discovered when the power markets are open and allow innovation. Hull’s wind installation makes use of a good wind resource, and a variety of changes in the power market that create the right environment for community-based wind development.

RE Insider – December 15, 2003 – The rules for new entrants in New England, New York and PJM power markets attracted unprecedented numbers of new power plant development efforts. Access to transmission is clear and consistent, and locational marginal prices have given developers information as to the more valuable geography for new plants. The overwhelming majority of the proposed new investments have been merchant, gas-fired plants. The expectations of high profits produced a speculative bubble that has now burst, in part due to the surge in costs of natural gas. The correction in profit expectations creates a void, and a departure from recent investment practices, as the past models for investment and return are no longer trusted or creditable. In contrast, community-owned wind projects, such as the turbine owned by the Hull Municipal Light Plant in Massachusetts, have benefited from the open market. This power supply choice was made with funds the Light Plant received from a refund of a prior energy purchase. Initially, expectations for returns on this choice were those of public infrastructure, rather than speculative or high technology ventures. The usual practice for a municipal utility is a power purchase, without either an asset or a return on the investment. The 660 kW turbine installed in Hull by the town-owned electric utility in December, 2001 is the first utility-scale wind turbine built in New England since 1996. Local acceptance in Hull is proportional to local ownership and local benefits. Surveys sent with electric bills six months after commissioning revealed 95 percent approval. The municipality owns the turbine, so every resident (properly, every ratepayer) in the town is an owner. The initial benefit offered to the town by the Light Department was the elimination of the US$55,000 annual electric bill the town received for street lighting, and traffic signals. This is what the Light Department had promised, and this goal was reached after the first month of operation of the turbine. Hull’s economics for community-owned wind are favorable. The town’s municipal utility buys electricity for a predominantly residential load. This load shape raises the price of Hull’s purchases elsewhere, and thus increases the value of energy produced by the turbine. Hull’s lower voltage connection to the rest of New England, and the higher locational prices nearby also contribute to higher than wholesale values for the energy from the turbine. The Hull turbine serves a niche that is higher priced than the wholesale commodity, without being tied to a specific end-use load. Hull has also chosen to sell the renewable energy credits, or green tags, rather than retain them. For three years, Hull sold the renewable energy credits to a green power marketer, MassEnergy. Renewable energy credits are tracked in New England, and can be used to meet some states’ Renewable Portfolio Standards. The retail sale of credits can meet various purposes. MassEnergy resells green credits with the goal of changing the mix of energy supplies in New England. Hull sold the renewable energy credits under a three-year contract for the full output of the turbine for $30 per MWh. This significant boost, along with the good wind and turbine performance, has allowed Hull Municipal Light Plant to describe the wind turbine investment’s simple payback as less than 10 years. Hull is not the first community in Massachusetts to make an investment in wind power. In the mid-1980’s, another municipal utility, in Princeton, Massachusetts, installed 8 wind turbines on town-owned land, and the town has plans in motion to upgrade the existing machines. North American experience with community-owned wind turbines is modest compared with Denmark in the 1980’s in Denmark and the 1990’s in Germany. Over 175,000 Danish households have some of their savings in shares of wind turbines installed in their communities. In Germany, over 100,000 individuals own utility-scale wind turbines, even though the wind resource is not exceptional. This European familiarity with community-based projects enabled Toronto, Canada to follow Hull and install the second urban-based wind turbine in North America. In the Midwest, cooperatives and land-owners have found opportunities created by changes in the markets to propose and install wind turbines owned by the people living nearby. Hull has become a touchstone for community wind activists across New England. Most, though not all, of the visitors, officials and organizations coming to Hull to learn about community-based wind have not seen a modern wind turbine before. These delegations from other towns often bring news reporters. This one installation is making a positive impression on numerous new recruits to support locally-owned wind turbines. About the author… Michael B. Jacobs, is Treasurer, Hull Citizens for Alternative Renewable Energy. Jacobs’ work as ISO Coordinator for a merchant transmission developer puts him in the debate over integrating new power supplies every day. He continues his involvement in community wind power with the Hull Citizens for Alternative Renewable Energy and HealthLink. He worked at Second Wind Inc. for six years, speaking often at American Wind Energy Association (AWEA) conferences. He was on the staff of the Massachusetts public utility commission and energy facilities siting council when non-utility power plants and open access to gas transmission began to restructure the energy industry. During that time, he taught a course on energy supply at Brown University. He graduated from Wesleyan University in 1985, and the University of Wisconsin at Madison in 1990.