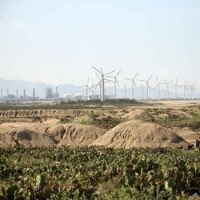 Pennsylvania, United States — While President Obama continues to exhort Congress and the American public to move ahead with legislation that will put the U.S. on a path to rapid and sustainable development of renewable energy, China is building a formidable renewable infrastructure. China’s wind industry is a case in point.

In 2008 China’s total installed capacity to produce wind power was the 5th largest in the world and by the end of 2009 China had the 3rd largest installed base of wind power in the world (at ~22,000 to 24,000 MW).  As of year-end 2010, China most certainly will have comfortably surpassed Germany to be the world’s 2nd largest wind power powerhouse.   The weak performance of the United States’ wind industry so far this year, which RenewableEnergyWorld.com’s own Stephen Lacey described in his podcast, “Why the Wind Market is Hurting,” increases the likelihood that China will lay claim to the world’s largest installed base of wind power by at least 2011.

Recently we highlighted the invidious competition that is brewing in the Chinese wind equipment manufacturing industry and pointed out how such competition was driving down costs for wind farm developers.  Falling equipment costs coupled with an increasingly favorable policy environment for wind farm development in China is producing a rush of wind capacity development that is mind-boggling.

The case of Gansu Province breathtakingly illustrates how China’s wind industry has hit its stride: as recently as 2006, the total installed capacity of wind power in Gansu Province was a negligible 110 MW; wind power development has proceeded at such a pace that since May, 2010 Gansu Province has been installing an average of 40 MW per day!

As of the end of 2010, Gansu Province’s total installed capacity — 5160 MW — will exceed the goal for total installed wind capacity for all of China, which Beijing established in September 2007 in the {Mid to Long Term Plan for Renewable Energy}.  Understanding that Gansu is one of seven regions in China that are all developing wind power capacity of at least 10,000 MW (the others are the Hami region of Zhejiang, Eastern Inner Mongolia, Western Inner Mongolia, Hebei, Jilin and the coastal regions of Jiangsu Province), crystallizes our appreciation of the scope of wind power development in China today.

Certainly all is not roses and lavender in the Chinese wind industry.  In addition to China’s familiar nemesis — over investment in capacity with the attendant waste of investment capital — there also are issues surrounding the growing uncertainty of the CDM regime, an important additional source of funding for the Chinese wind industry.  And setting rational prices for energy, a conundrum that has plagued Chinese policy-makers for years, continues to vex Beijing.

Perhaps the most significant issue facing the Chinese wind industry is that the explosion in installed wind capacity has outstripped the development of grid capacity in China.  This phenomenon is displayed rather starkly in Gansu Province; while the maximum capacity of the power grid in the Hexi Corridor in Gansu Province is 600 MW, the installed capacity of the Jiuquan Wind Farm alone already has reached 2000-3000 MW!

As of last summer, China’s installed capacity of wind generation was 14,740 MW nationwide, 5000 MW of which was said not to be grid-connected; this level of wind power that is “dozing off” amounts to approximately 50 billion Yuan in capital investment (or ~$7.4 billion U.S.).  At present the estimates are that 16,000 MW of wind power is now grid connected out of a total estimated installed capacity of at least 25,000 MW.  According to Shi Pengfei, the Vice Chairman of the China Wind Power Association, more incentives by the Chinese government directed to grid companies will help alleviate such disparities.

Though the development of wind generating capacity continues to outpace the build out of a modern power grid in China and that gap is widening, a race between generating capacity and grid capacity is the type of problem most nations should relish.  The value of China’s alternative energy development certainly has caught the attention of investors:  it is not coincidental that the world’s largest IPO of an energy company in 2009 was China Longyuan Power Group Co., Ltd. (00916.HK), China’s largest alternative energy developer.

At 40 MW per day, the wind equivalent of one 300-MW coal-fired power plant is being developed in Gansu Province every week (this compares with a construction period of one and a half years for every coal fired power plant).  Depending on the rate of growth of China’s GDP and energy consumption, with the blistering pace of wind power development in China, it is conceivable that China might succeed in significantly increasing the proportion of renewable energy in its energy mix, which in turn may presage the beginning of a steady and statistically meaningful decline in energy output from coal-fired plants.

Lou Schwartz, a lawyer and China specialist who focuses his work on the energy and metals sectors in the People’s Republic of China, is a frequent contributor to RenewableEnergyWorld.com. Through China Strategies, LLC, Lou provides clients research and analysis, due diligence, merger and acquisition, private equity investment and other support for trade and investment in China’s burgeoning energy and metals industries. Lou earned degrees in East Asian Studies from Michigan and Harvard and a J.D. from George Washington University.  He can be reached at lou@chinastrategiesllc.com.