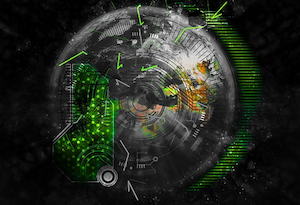 New data on the world’s transition to renewable energy are in, and the results are clear — the electricity sector’s uptake of renewables is well underway, but the transition for the heating/cooling and transport sectors has “barely begun,” according to the REN21 Renewables 2018 Global Status Report.

“The power sector on its own will not deliver the emissions reductions demanded by the Paris climate agreement…to ensure access to affordable, reliable, sustainable and modern energy for all,” the report said. “The heating and cooling and transport sectors, which together account for about 80 percent of global total final energy demand, are lagging behind.”

According to the report, the progress made in solar was due to activity in China, where installations grew more than 50 percent. And the top five markets — China, the U.S., India, Japan and Turkey — represented nearly 84 percent of new installed capacity. New markets, however, have seen an uptick in activity, with every continent contributing at least 1 GW to the global total.

In China, the report said, solar PV was the leading source of new capacity in 2017, with new installations reaching 131 GW. Among the solar PV sectors in China, large centralized projects accounted for the most capacity additions last year, but distributed solar PV is growing. About 19 GW of distributed capacity was added, compared to 4.2 GW in 2016.

Wind Is Still a Power House

Wind power still beats solar in total global capacity, which reached 539 GW 2017. New installations, however, went down last year compared to 2015 and 2016, reaching 52 GW, the report said. Most of the reduction was due to continued slowing in China’s wind market, although it was still the leader in new installations at 19.7 GW. The U.S. was second with 7 GW, and Germany was third with 6.1 GW.

The decline in China, according to the report, comes from “restrictions on deployment in regions with high curtailment rates” and “a shift in focus to lower wind speed areas.” About 42 TWh of wind energy was curtailed in China last year.

New growth markets for offshore wind include the U.S. and Australia. The report said that, in the U.S. at the end of 2017, there were 14 proposed offshore wind projects totaling more than 12.5 GW, and in Australia, 2 GW of wind power are now planned off the coast of Victoria.

With an Eye toward Integration

With the powerful uptick in variable renewable electricity technologies, such as solar and wind, comes the inevitable issues related to integration and the demands of maintaining a reliable and efficient power grid. The report noted that energy storage is playing an increasing role in achieving greater renewable integration.

According to the report, battery storage is helping to provide instant power close to load centers — typically at one- or two-hour intervals — while pumped hydro storage has the advantage of giving greater power output and discharge times of up to 8 hours.

The report said that global stationary and grid-connected energy storage capacity was estimated to be at 159 GW last year. Grid-scale battery storage accounted for only 1.3 GW of that total, and lithium-ion batteries comprised the majority of new battery capacity.

More Help for the Paris Agreement

As the electricity sector makes significant progress in transitioning to renewable technologies, the report said more energy progress needs to be achieved in order to meet the Paris Agreement goal of keeping global temperature rise to below 2 degrees Celsius. The heating, cooling and transport sectors have to step up.

“Despite the need for enabling policy to transform this sector, policy development appears to be a much lower priority for renewable heating and cooling than for renewable electricity,” the report said. Among the policy drivers in place for heat pumps, for example, are air pollution mitigation and expanded capacity for demand response.

The report said data for the heat pump market is limited, but the latest data (2014) show that installed capacity of ground-source heat pumps is about 50 GW-thermal, and estimates indicate that number could have reached 65 GW-thermal last year. The major markets for heat pumps are China, the U.S. and Europe.

While news in the transport sector focuses often on electric vehicles (EV), the sector’s energy transition is slower still than heating and cooling. Transport accounts for about 29 percent of global energy use, and about 92 percent of transportation worldwide is fueled by oil. The report said that only 1.3 percent of the sector is fueled by electricity.

For electric passenger cars last year, sales reach 1.2 million units, an increase of 58 percent over 2016, but it’s still a very small market concentrated primarily in China, Europe and the U.S., the report said.

Support for EVs last year came from the launch of EV100, a campaign that aims to accelerate EV usage. And several of the 16-member coalition have a goal of 100 percent renewables charging through the RE100 campaign.

With that goal comes additional challenges from integration of charging to the power grid. The report said that some countries addressed this issue last year through the demonstration of “smart” charging, which matches EV electricity demand to wind and solar power output.