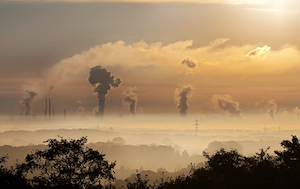 A new business-based climate advocacy group stepped into the CO2 spotlight this summer. The Climate Leadership Council (CLC) took center stage with op-eds in the nation’s biggest dailies and a full-page ad in the Wall Street Journal. The topic: supporting a carbon tax to reduce CO2 emissions. Admittedly, a tax is not a new idea but it became newly important considering the stature of the group’s Fortune 100 corporate and political membership, including BP, ExxonMobil, P&G and Johnson&Johnson.

The tax — suggested to start at $40/ton — is one of “four pillars” within a broader plan. A second pillar would return the tax revenue, a move which CLC refers to as a “carbon dividend for all Americans.” Importantly, the political appeal of a carbon dividend could avoid the inevitable and inevitably contentious (and maybe endless) debates about new or expanded government programs.

Two other pillars include a “border carbon adjustment,” to set import and export equity. Finally, CLC wants to end CO2-related regulations, specifically seeking the “outright repeal of the Clean Power Plan” and ending federal and state tort liabilities for CO2 emitters. CLC suggests that to build and sustain bipartisan consensus the initial carbon tax rate should be set to exceed the emissions reductions of current regulations (emphasis added). CLC contends, as do many supporters of market-based incentives, that pricing is far more effective, and efficient, compared to reductions from command and control regulatory programs.

A $40/ton tax would add about $0.36 to the price of a gallon of gasoline, said Doug Bertelsen, CLC’s Senior Vice President. The U.S. uses about 143 billion gallons of gasoline each year (2015). An initial CO2 tax would raise, roughly, about $51 billion, just from gasoline sales. CLC suggests that the Social Security Administration administer payouts. CLC estimates that a family of four would receive approximately $2,000 in payments in the first year. CLC suggests annual tax increases of 2-3 percent.

As noted, carbon tax proposals are not new. Closing this kind of tax deal demands a lot of homework and big-dog politics. Bertelsen was asked about next steps, to build on CLC’s recent publicity.

CLC’s top priority right now, Bertelsen said, is to keep building the organizational strength for upcoming hard work. Bertelsen said there is no model legislation that CLC is currently holding up as a good template, legislation containing the ideas and principles that CLC would ask lawmakers to support.

So far, Capitol Hill advocacy has been informal, mostly introductory meetings with tax committee staffers. House Ways and Means Committee staff did not reply to a request asking about the committee’s interest in a carbon tax and whether members and staff were familiar with CLC’s ideas.

Tax legislation is never easy, especially when it impacts gasoline prices. Bertelsen said, however, that CLC is in this for the long haul. He is confident that most people will come around to the idea that a carbon tax could provide the most environmental benefits at lower costs and established with the broadest political support.