More
Home Blogs Talking the Green out of Green Energy

Vinod Khosla is defending his big failures by claiming that, without breakthroughs that bring renewable energy costs down to the prices paid for energy in China and India, we can’t be serious.

Environmental arguments for things like feed-in tariffs leave Khosla cold. Such government gifts can be taken back as quickly as they’re given, depending on how the political winds blow.

So is it time for those in the renewable energy space to separate ourselves from our environmental origins? Is it time, this St. Patrick’s Day, for a shedding of the green?

Present political debates in Connecticut illustrate the complexity. New Governor Dannel Malloy wants to merge the state’s energy and environmental departments, and his nominee to head the combined agency, a former official under George H.W. Bush, insists that renewable energy is not the solution for the state’s electricity rates, which are among the highest in the country. 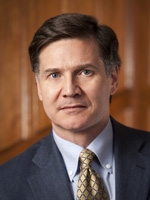 The nominee, Yale Law professor Daniel C. Esty (left), says paying for science will lead to breakthroughs that point the way forward, that subsidizing anything that costs more than the market price for energy is wasteful.

But Connnecticut has had such a market-based policy for a decade, a competitive marketplace that has helped drive rates higher, not lower. The companies who make up that industry fought a bill similar to the present proposal last year.

Both the Republican approach of greater competition and the Democratic approach of direct subsidies, in other words, have left consumers soaked and the industry angry.

A gap will exist for some time between the price at which fossil fuels can deliver electricity and the price renewable supplies must charge to keep growing. Khosla calls for jumping the gap, environmentalists for bridging it.

But it seems that what the industry most needs is a stable policy. A cross-over in costs is coming, and there are some customers for what’s available now, but in 2011 the big profits are still in reducing demand through improved efficiency, the policy that has made the present energy shock survivable.

So is it time for the industry to leave the green for St. Patrick’s Day and concentrate on the green of profit, or is the alliance with environmentalism still on?