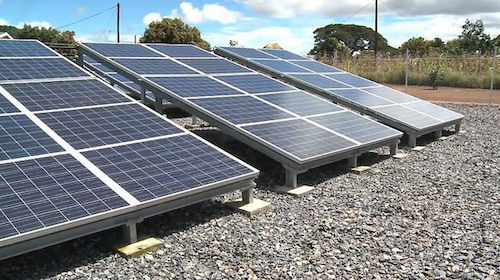 It is very hard to put all the Sub-Saharan Africa countries into the same basket and define a regular, simple and straightforward mechanism to boost solar investments. However, I believe that the Zambia solar case could be applied to many other countries in the region — which would be a win-win deal for all the stakeholders.

The results of the first solar power auction in Zambia, which took place in May 2016, have surprised sector players and experts with a record low price for Africa — US $0.602 cents/kWh.

The NEOEN/First Solar Partnership will build 45 MW for US $0.602 cents/kWh and Italy’s ENEL will build another 28 MW for $0.784 cents/kWh  based on a 25-year fixed price (no escalation) power purchase agreement (PPA).

How is this possible in Africa? What are the conditions to decrease the solar tarriffs significantly?

Please do not compare this price with an auction in UAE, which resulted with US $0.299 cents/kWh. There are a lot of confidential details, such as if this price is fixed for 25 years or is there any inflation adjustment (price escalation). The price without knowing the PPA details simply cannot be a general benchmark.

On the contrary, the Zambia solar case would be a benchmark for Africa and is a total success of the IFC and World Bank Scaling Solar Program. 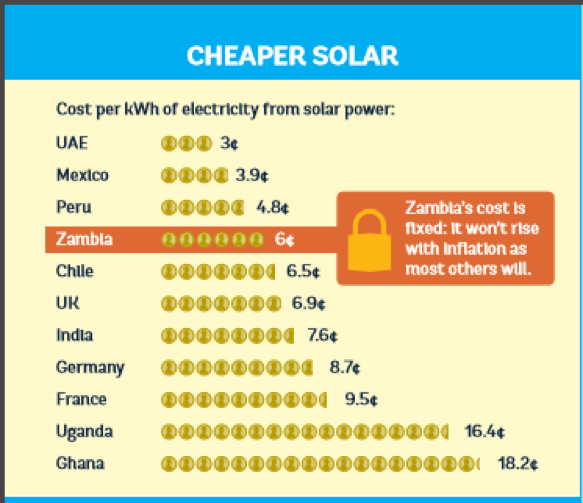 This program simply not only minimizes the market and financial risks, but also helps project owners to reach the financial close (FC) in six months with standard PPA documentation and enables them to realize the projects in 10 months after FC. This is amazing if you also take into consideration the low price.

The Scaling Solar Program acts as a project developer, identifies potential locations and capacities to help the government; and organizes the tender quickly. All the templates are bankable and ready to sign, which eliminates negotiations and additional surprises for each side. Since the program is launched by IFC and World Bank, competitive financing  and insurance are provided as an option to the awarded bidders.

I strongly believe that this kind of program could be a catalyzer for extracting the locked renewable energy potential of Africa.

On the other hand, it is exciting to read that Mainstream Renewable Power is taking a significant step forward with the Rockefeller Brothers Fund to add 1.3 GW of new wind and solar capacity in Africa by 2018. Considering that Rockefeller family is the founder of the global oil industry, I guess, the new renewable energy era for Africa has just been started.

The renewable energy game in Africa has changed gear, and more sophisticated players are involving in the game — who can play the game better or be the game changer? Ultimately, the winners will be local people who will benefit from having access to cheap and clean energy.