More
Home Blogs State ROFR laws are holding back transmission buildout in MISO and must... 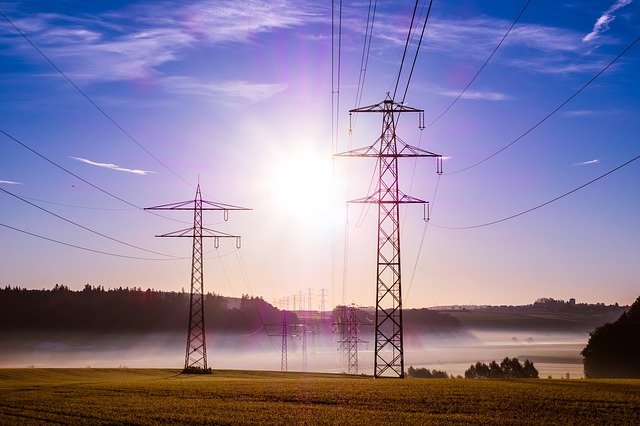 There are multiple opportunities for transmission buildout at MISO but limited prospects for independent transmission companies. Opportunities in favor of transmission include policy planning projects to interconnect renewable projects, the need for reliability in the MISO South region, and additional proactive planning approaches to address the capacity needs of local resource zones at MISO.

However, when we dig into the details and assess the opportunities to build transmission, we find limited openings from an independent transmission company perspective. State Right of First Refusal (ROFR) laws in the North and seams issues in the South are reasons for limited opportunities. If MISO and MISO states are serious about building the next wave of transmission, lowering the voltage threshold for bidding out competitive projects and removing ROFR laws must be implemented.

MISO put out a competitive transmission project for bid for the first time in 2016. The new Duff-Coleman 345-kV line connects Southern Indiana to Western Kentucky. Republic Transmission, a wholly-owned subsidiary of LS Power, won that bid.

The second project MISO put out for competitive bid in 2018 was the Hartbug-Sabine 500-kV line that connects East Texas to the rest of the MISO via Entergy Texas substation. NextEra Energy Transmission Midwest, LLC, a subsidiary of NextEra, won this bid.

The MISO Board approved the third project in 2016 called Huntley-Wilmarth 345 kV, which addresses transmission congestion in the south Minnesota-north Iowa area, called a Market Efficiency Project.

These are the only three projects to date that MISO has solicited competitive bids for the 40 plus qualified transmission developers.

MISO North region comprises Dakotas, Minnesota, Iowa, and Wisconsin. The wind-rich Buffalo Ridge area in the southwest corner of Minnesota and most MISO state Renewable Portfolio Standards (RPS) were the main drivers for the Multi-Value Project (MVP) $5.2 billion transmission portfolio in 2011. So, MISO North has plenty of renewables to interconnect, translating into transmission buildout prospects but only for incumbent transmission utilities. For instance, Minnesota has CAPX 2020 utilities in a partnership (their new name is Grid North Partners), and Minnesota is also one of those states that do not allow independent transmission companies due to the state ROFR laws.

Similarly, North and South Dakota have ROFR laws that provide incumbent transmission utility the right to build a project.

So far, North and South Dakota, Minnesota, Wisconsin, and Michigan (5 states) are basically out of pocket for a new independent transmission company to enter the 15-state MISO transmission market. That leaves the MISO South portion and MISO central Indiana region. To be fair, an independent company could partner with the incumbent transmission owner (TO).

MISO South has a reliable operations opportunity, but Entergy is big!

In 4-state MISO South, Entergy is a big elephant in the transmission utility room. Michigan’s ITC tried to acquire Entergy’s transmission assets in 2013, but Mississippi declined that transaction.

Even after the five-year (2013-18) transition period between MISO North and South when no project costs were shared, there is no transmission project yet to speak of at MISO that brings renewable energy from North to South. Ideally, it makes sense for South to support North in the winter and MISO North to support South in the summer season. Being in one market provides value to both North and South regions at MISO. This market is how regional planning should work.

MISO North to South has transmission needs, but SPP seams is an issue

Building transmission lines from Minnesota to Oklahoma is not that simple because MISO also has ties to SPP and ERCOT. To put together an independent transmission project proposal that addresses the North-South interface, a transmission company must go through states including Nebraska, parts of Missouri, and Oklahoma because MISO has seams with SPP.

There are no cross-border projects to speak of around the MISO-SPP seams so far. MISO and SPP started a generator interconnection joint study, but there are no projects to date yet.

So, if an out-of-state independent transmission company cannot enter the Dakotas and Minnesota (due to ROFR laws); cannot participate in Wisconsin, Michigan, or the South region (due to incumbent transmission owners); and cannot put together a project in Missouri due to the seams issue with SPP, then which state is left? Indiana and Illinois are the only 2 states left out of the 15 states in the MISO region. Like SPP seams, Illinois has MISO-PJM seams, which means that for transmission projects to be cost allocated, they must be cross border project cost allocated.

Five states in MISO north and east, four states in MISO south, and four seams states of Missouri, Iowa, Illinois, and Kentucky add up to 14 out of the 15-state MISO region, which leaves only Indiana.

So, what is the solution? State ROFR laws must go, and lower voltage projects should be competitively bid!