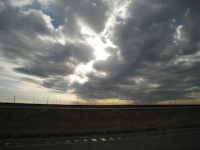 Zamudio, Spain — Gamesa is looking beyond Europe to India as the Spanish wind turbine manufacturer seeks to offset weak business in Europe and the United States.

But how exactly the company plans to expand into the fast-growing India wind energy market continues to fuel the rumor mills.

What is known so far is what the Madrid-based wind turbine manufacturer and wind farm developer is saying officially. On March 9, it announced plans to invest €60 million ($83 million) through 2012 to open wind turbine production plants and a research and technology (R&D) center in India.

This year, the company intends to open a new turbine blade factory with an initial capacity of 30 MW in Gujarat state in northwestern India. It also aims to localize production of another turbine at that facility beginning in 2012.

The new plant near Chennai in southeastern India will be Gamesa’s second in the country, following the launch of its first production facility last year with an initial capacity of 200 MW. But a sharp hike in demand prompted the company to expand production to nearly 500 MW by the end of the year.

Gamesa said it plans to open several additional factories in the coming years to make blades, towers and nacelles, in addition to bigger and more efficient 2 MW turbines.

In addition to the new factory in Gujarat, the Spanish company will establish an R&D center initially with 100 engineers in Sholinganullar. The center will collaborate closely local universities and research institutions, among others, to research and develop new manufacturing materials and processes.

In India last year, Gamesa sold turbine capacity of nearly 100 MW, accounting for 8 percent of total sales. The company projects annual sales growth in the country to grow 166 percent by 2013 with manufacturing capacity expected to exceed 800 MW. It meanwhile employs 330 people in India.

So much is official. But speculation is rife about Gamesa’s expansion strategy in India, whether the company intends to grow organically or through acquisitions or maybe a combination of both.

Local media has been full of reports about the Spanish company buying a stake in Suzlon, India’s second-largest wind-turbine maker. Both Suzlon and Gamesa chairman and chief executive officer Jorge Calvet have denied holding any talks.

In the same breadth, Calvet told reporters in Mumbai that consolidation in the wind power industry is “inevitable.”

Gamesa is keen to carve out a huge chunk of the Indian market, after battling a slump last year in sales due to the global economic crisis. India is the world’s fifth largest win market with an installed win capacity of 13 GW as of December 31, 2010, according to the Global Wind Energy Council (GWEC). That accounts for about 70 percent of the nation’s overall renewable energy capacity, according the government statistics.

The Spanish manufacturer currently has 30 manufacturing facilities in Europe, the U.S., China and India with a workforce of more than 6,300.